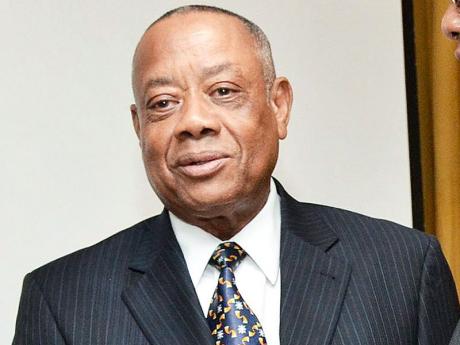 Labour Minister Derrick Kellier, on Wednesday, said that the Government was committed to providing the necessary funding support for the small- and micro-business sector.

Kellier, who announced an increase in the amount of funds provided from the National Investment Fund (NIF), under its small- and medium-enterprise credit facility, said mega-investment projects are unlikely to reduce the country's unemployment numbers in the short term.

"We have expended a great deal of time and effort in attracting mega investments to our shores, but given the timeline in getting these investments off the ground, it may be some time before the country is able to realise huge spikes in the employment numbers on account of the mega-investment projects," Kellier said.

The unemployment rate in Jamaica is 16.3 per cent.

Kellier, who was addressing journalists at a Jamaica House press conference, said the small- and micro-business sector represents the best hope of providing jobs for Jamaicans.

The minister announced that the NIF small- and medium-enterprise credit facility has been increased from $1 billion to $1.5 billion. The expiration date of the facility has moved from April 2015 to April 2018.

The funds are being provided at interest rates of four per cent through the Development Bank of Jamaica to approved financial institutions, which lend them at rates of up to 10 per cent.

According to Kellier, expanding the pool of funds will further enable job creation, entrepreneurship, and economic growth.

"There can be no doubt that job creation in the long, medium and short term remains a burning issue for this administration. The National Insurance Fund small- and medium-enterprise credit facility has proven to have contributed in a meaningful way to the creation of employment across several business sectors. We are going to do everything possible to enhance this goal even further," Kellier said.

Kellier said since the facility came on stream in 2006, the NIF has disbursed $931.69 million through 12 financial institutions. He said the loans were primarily for job creation in the areas of agriculture, agro-processing, manufacturing, services, trade, and work-study programmes.