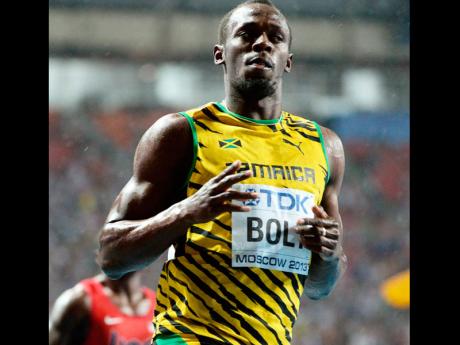 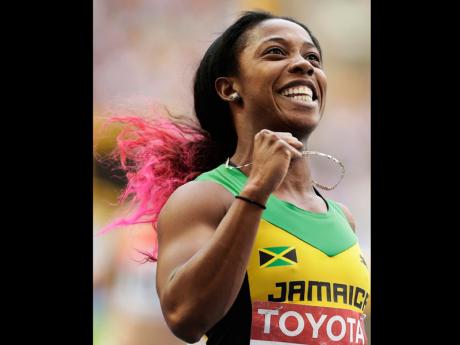 Triple 2013 World Championships gold medallists Usain Bolt and Shelly-Ann Fraser-Pryce will aim to close out the season in grand fashion, as they lead 12 other Jamaicans into action at today's 14th and final Diamond League meeting for the season to be staged in Brussels, Belgium.

Both athletes took gold in the 100m, 200m and 4x100m relay at Worlds and will line up in the shorter sprint today.

Bolt will renew his rival with World Championships 100m silver medallist, Justin Gatlin. The American got the better of Bolt for the first time in June, but the world record holder Bolt was dominant in Moscow to win comfortably.

The triple world record holder, Bolt, comes into the meet with a season best (SB) of 9.77 seconds which is 200th of a second better than Gatlin's personal best (PB) of 9.79 seconds.

Bolt will be joined in the race by fellow Jamaicans Nesta Carter and Kemar Bailey-Cole, who he teamed up with to win the sprint relay. Carter, who also won his first individual World Championships medal when he took bronze in the 100m, comes into the race with a SB of 9.87.

Bailey-Cole was also a finalist in the 100m at Worlds and established a new PB this season of 9.93 and should be high on confidence after finishing ahead of Gatlin at the IAAF World Challenge track and field meet in Zagreb on Tuesday. Bailey-Cole ran 9.99 for second behind American Mike Rodgers (9.97), who will also line up in today's race.

Fraser-Pryce has an unassailable lead in the points standing for her event and is guaranteed a diamond trophy and a cash prize. She will be the only medallist from the Worlds 100m final in the field. She comes into the race with a SB of 10.71 just 100th of a second outside of her PB (10.70).

The race will also feature Jamaicans Kerron Stewart and Carrie Russell, who along with Fraser-Pryce and Schillonie Calvert formed the country's winning 4x100m relay team at Worlds. Stewart was also a 100m finalist at the championships and has a SB of 10.96.

Russell last week joined the elite sub-11 group after establishing a new PB of 10.98 which she did to win at the Zurich IAAF Diamond League meeting.

World Championships 200m silver medallist, Warren Weir, is the other Jamaican to have wrapped up his 'Diamond Race' having accumulated the most points in the series of 200m races to secure a diamond trophy and a cash prize. Weir has enjoyed a tremendous season during which he lowered his PB in the half-lap event to 19.79.

The next fastest in the field for this season is another Jamaican, Nickel Ashmeade. The Worlds 4x100m gold medallist has a SB in the 200m of 20.00 flat.

2011 World University Games 200m gold medallist, Rasheed Dwyer, will also face the starter in the race having ran a new PB this season of 20.15 seconds.ryon.jones@gleanerjm.com.