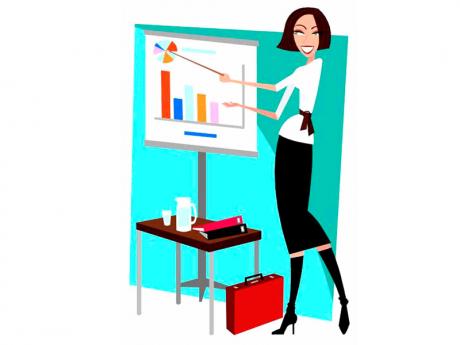 The introduction of a venture capital market in Jamaica appears to be on the horizon, with a major conference to be held in Kingston later this week and one of Jamaica's leading credit unions announcing plans to launch a venture fund later this year, among other developments.

For many, venture capitalists would be a welcome and long- overdue addition to the financial landscape, particularly given its potential to advance Jamaica's entrepreneurial ecosystem, drive innovation and boost small business growth.

At the same time, venture capital isn't all a bed of roses. It has major drawbacks for entrepreneurs which are not commonly known.

Venture capital is a category of equity financing for entrepreneurs and businesses. It involves investors assuming the risk of funding a business or idea in exchange for an ownership stake in the venture.

There are different types of venture capital, with most being categorised by the industry or business stage they finance.

The Ernst & Young Global Venture Capital Insights & Trends Report 2013 indicates that venture capital investment remains strongest in the United States and Europe. Other countries with thriving venture capital funding include Israel, China and Brazil — although the report noted they saw major declines in 2012.

In fact, another recent and respected global venture capital report produced by Deloitte found that "enthusiasm for Brazil, China and other emerging markets is fading". That report surveyed established venture capital associations in 21 countries in 2012 and found that venture capitalists are more confident in domestic rather than global investments.

Also, many of them have lost faith in the energy and clean technology industry and are instead optimistic about "select IT" investments.

Arguably the most appealing aspect of venture capital is that it offers a viable option for financing businesses and entrepreneurs, particularly innovators who are looking for wealthy investors to back their ideas and start-ups.

Expert business advice is another advantage. True venture capitalists are savvy investors who take calculated risks and expect big rewards. Entrepreneurs can benefit from their vast knowledge and experience in business, finance and investments, which can accelerate the success of the business.

Venture capitalists also open the doors to opportunities and partnerships. Investors are usually well connected and have expansive networks of contacts in key areas and industries, which can be invaluable for a new business.

Additionally, where venture capital investments are strong, innovation flourishes, because it strategically supports and promotes innovative products and services.

Venture capitalists also foster improved governance of the business. They usually insist on best practices in governance and organisational management, which safeguards their investment and reduces the likelihood of fraud or mismanagement.

As an entrepreneurship enthusiast, I had always seen venture capital through sugar-coated lenses - as a saviour for businesses starved of investment because visionless financiers believed they were too risky.

My view changed after I participated in an entrepreneurship and small business development tour of the US in 2011, organised by the US State Department.

Representing Jamaica in a group of 24 other country representatives I spent weeks travelling throughout the US, visiting successful silicon valley entrepreneurs, leading business incubators and accelerators such as Jumpstart, and venture capitalist firms like Garage Tech Ventures co-founded by Guy Kawasaki, and the Omidyar Network created by EBay founder Pierre Omidyar.

2. When venture capitalists bankroll your business they become outspoken co-owners and decision-makers. A successful entrepreneur in Silicon Valley shared that she was able to raise US$15 million from venture capitalists for her early stage accounting software but was forced to borrow money to buy them out because they couldn't agree on company values and strategy.

3. A common fallacy of entrepreneurs is that venture capitalists will work with them in the business. The managing director of Garage Tech Ventures told us they don't do heavy lifting. They give money, advice and make connections but they rely on the entrepreneurs doing all the work. They invest mainly in the entrepreneur.

4. Venture capitalists are in high demand and short supply. It's extremely competitive. You have to prove yourself and your product. To snag their investment you must deliver a winning pitch with sound evidence of viability.

5. Some venture capitalists can be impatient investors, ruthless even. If they expect immediate returns, they'll push for it even if it means cutting corners to the detriment of the business' long-term success and reputation.

6. Not all venture capitalists are ethical and fair. Some have been known to use their superior knowledge, expertise and high powered legal teams to bamboozle entrepreneurs. A big lesson learned was that entrepreneurs need their own experts and lawyers to protect their interest.

Small businesses and entrepreneurs should expand their knowledge and manage their expectations about venture capitalism and determine whether it is likely or worthwhile for their businesses.