Jamaica gets assurance from Venezuela regarding PetroCaribe 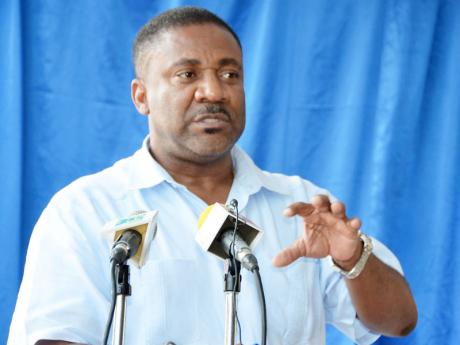 Jamaica says it has been given an assurance by Venezuela that there would be no changes to the existing PetroCaribe agreement for the duration of its four-year programme with the International Monetary Fund (IMF).

Energy Minister Phillip Paulwell met with Venezuela officials in Haiti during the 11th meeting of the PetroCaribe Council of Ministers.

"We put to the government of Venezuela the fact we do have an IMF agreement with certain strictures, and that during the life of this agreement we have to ensure that we do not have any difficulties with other arrangements, and the life of the agreement does go through until 2017.

"So we have put to the Venezuelan government that there be no changes to the arrangement within the PetroCaribe and they have assured us as such," Paulwell said.

Jamaica was one of the original signatories to the 2005 PetroCaribe initiative, under which Caracas provides oil and energy products to several Caribbean countries that are allowed a deferred financing mechanism, through which a percentage of the costs is made available to their governments as a long-term concessionary loan.

Last month, Caracas also gave the assurance that there would be no increase in interest rates.

In May 2013, the IMF approved Jamaica's application for a four-year extended fund facility.

The agreement unlocked more than US$2 billion of loan support, including those from the World Bank and the Inter-American Development Bank.

Under the IMF agreement, PetroCaribe remains a critical funding arrangement for the Jamaican Government and Paulwell also disclosed that trade compensation mechanism must be fast-tracked and a major announcement would be made this week concerning a new arrangement for Jamaica to clear its PetroCaribe debts to Venezuela.

"We are also pleased that they have decided to fast-track the trade compensation mechanism that will allow us to trade our goods and services in lieu of payment of the debt in foreign currency," said Paulwell.

"On Wednesday of this week, we have a very important announcement to make in relation to a hot commodity that will be traded," he said.