Give me credit for early work on Canasol 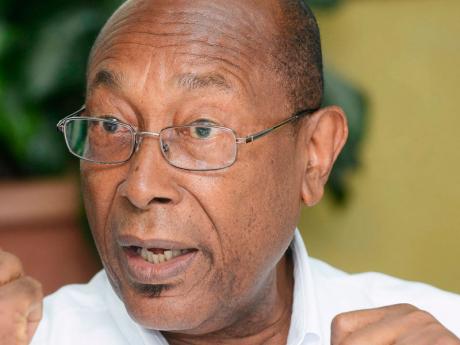 Reference is made to Dr Albert Lockhart's letter to the editor titled 'Clarifying school of marijuana', which was published in The Gleaner on September 4, 2013.

While I have no problem or issues with a gentleman like Dr Lockhart (who I have been associated with for decades) expressing his views, I was very surprised by his absolute negative statement: "I must point out that at no time was Dr Henry Lowe involved in the development of Canasol."

Factual history speaks for itself and, therefore, in my view, there is no need on my part for further dialogue on this subject beyond these points noted now or in the future:

The work on Canasol can be said to have started in the science laboratories at CAST (now the University of Technology) soon after I returned from the University of Sydney School of Pharmacy in 1970, with an MSc in pharmaceutical/medicinal chemistry.

The story of how the late Dr Manley West and I started this work is of great human interest and related to his observations on the Portland fishermen and how they could see the 'fish run' to get large catches after they smoke ganja.

We started discussing ganja research for medicinal purposes. Dr West was appointed by me, in my then capacity of head of the Science Department at CAST, to teach pharmacology on a part-time basis to the pharmacy students. During that time, we always found time for dialogue and, quite frequently, found time to meet socially and to have discussions on the subject of Jamaican medicinal plants and other matters of mutual interest.

Having decided to do the research and development on ganja, the records will show that we got permission from the then minister of national security, Keble Munn, to research ganja for medicinal purposes. This activity was actively supported by the then parliamentary secretary in the Ministry of Health, Dr Winston Davidson.

We were then later supported by Hawthorn Watson (currently executive director of Scientific Research Council), who did a thesis for his master's degree, on ganja. Mr Watson, who was then a lecturer in science at CAST, gave invaluable help, particularly in the isolation of the tetrahydro-cannabinol (THC) from ganja, which was the first chemical entity to be pharmacologically tested for its bioactivity against glaucoma.

Later on, other non-THC components of ganja were isolated and tested by the team, which eventually led to the formulation and production of Canasol, with Dr Lockhart's major contributions. While it is a fact that I did not participate in the actual commercial production of Canasol, I was involved in all of the fundamental scientific research and development activities, without which the commercial Canasol could not be produced. The main reason for my non-continuation of this work with the team was because I left the island to do my PhD and was away for approximately two years, after which I decided to join the Government as director of energy.

The rest is history and the evidence exists to show that not only was I involved in the cannabis (ganja) research, but we authored at least one joint publication on this subject titled 'The Potential Use of Cannabis Sativa in Ophthalmology', West Indian Med Journal 1977 Jun;26(2):66-70. This article directly relates to the Canasol research and was subsequently quoted in several scientific publications.

I go on further to say that when the Cannabis Research Institute was formed, with me being the first chairman in 2002, Dr West was invited to serve as a member of the board of directors. Dr West gave his full support to the venture and he told me, "It was a pity that I was never publicly referenced in any of the early recognition on glaucoma work on cannabis, particularly on the aspects of medicinal chemistry."

It was only since then that I started making reference to my involvement with the Canasol work, which few persons know about.

I trust this will clear the air and we can move on with our scientific research and development to serve the world at large, but, more specifically, the people of Jamaica.