Monsignor Kenneth Mock Yen: More an institution than a priest 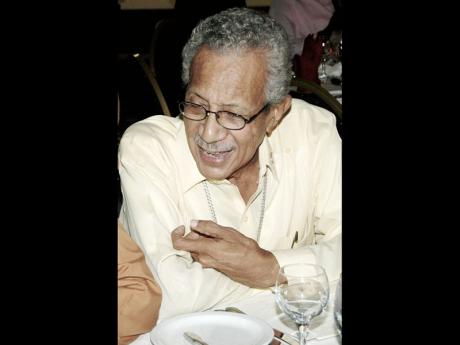 WITH THE passing of the Rt Revd Monsignor Kenneth Joseph Mock Yen on September 2, exactly three weeks short of the 74th anniversary of his birth, the Kingston Archdiocese of the Roman Catholic Church lost one of its most outstanding members. Monsignor Mock Yen was perhaps more an institution than an individual priest.

He was born on September 23, 1939, in St Andrew, the last of four children (all sons) of Joseph Mock Yen and Hilda May McGhie. His brothers were John, Harvey and Delroy, who predeceased him by less than a month.

Monsignor Mock Yen received his primary and secondary education in Kingston and was thereafter trained in theology at St Michael's Seminary and at St Joseph's Seminary in Upholland, Liverpool, in the United Kingdom in the 1960s.

Monsignor Mock Yen's versatility, energy and appetite for service resulted in his playing numerous high-profile roles in church ceremonies as well as in the wider community outside the church. Typical of his miscellaneous extracurricular roles, was his reading of the Apostolic Letter from Pope Benedict XVI appointing Bishop Charles Dufour as the sixth Metropolitan Archbishop of Kingston in a ceremony held in the Holy Trinity Cathedral in June 2011.

From 1972 to 1974, Father Mock Yen served on the Juveniles Advisory Council of the then Ministry of Youth & Community Development as the representative of the Roman Catholic Church.

In 1977, he received a scholarship to the Catholic (Communications) Radio & Television Centre at St Gabriel's in England to undertake a 10-week course in Communications Media.

In 1991, he was appointed as domestic prelate with the rank of Right Reverend Monsignor by Pope John Paul II.

He has served as the Archdiocese's communications director; editor of Catholic Opinion; chaplain of the Catholic Women's League; president of the Diocesan Priests Association, a member of the College of Consultors, Senate of Priests and pastoral council.

He was the chaplain of the Jamaica Combined Cadet Force, and he sat on several boards including that of the Jamaica Library Service. He served as vicar general of the Archdiocese during the period 2000-2004. He was a justice of the peace for the parish of Kingston.

After serving as pastor at Sts Peter & Paul Church for 25 years, he retired in January 2007, when he was succeeded by Father Burchell McPherson.

He encouraged the youth of the communities to involve themselves in educational programmes and, where necessary and possible, provided financial assistance through church funds. Monsignor Mock Yen involved them in sports and the arts through church-based youth clubs. He steered some in the direction of theological studies to prepare themselves for careers as priests. He persuaded others to undertake various educational and skill-training programmes at tertiary level. "He kept the young people off the streets" was Councillor Graham's summation of the Monsignor's impact.

Monsignor Mock Yen became a renal patient in 2005 and was dogged by ill health for the last eight years of his life, but he did not allow infirmity to deter him from exercising his ministry as a priest.

Two years ago, on National Heroes Day, he was conferred with the national honour of the Order of Distinction in the rank of Commander for services to religion and community development.