'Tomahawk Technique' to be followed by 'Full Frequency' 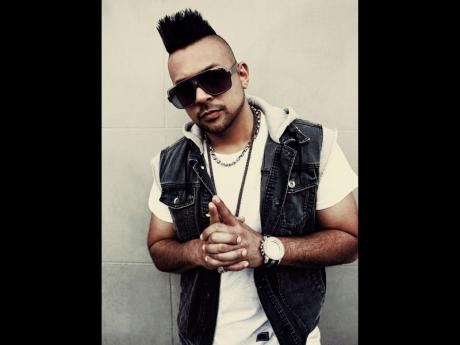 Sean Paul's Tomahawk Technique featured international hits such as How Deep Is Your Love, She Doesn't Mind and Got 2 Luv U.

Off the heels of that success, the Grammy-winning entertainer has several big names lined up for his next album, Full Frequency.

The album's first release, Other Side Of Love, debuted at number seven on the United Kingdom Pop Singles chart and subsequent releases such as Entertainment, which features 2 Chainz and Juicy J; and Riot, a collaboration with Jr Gong, are looking good for the artiste signed to Atlantic Records. Entertainment's remix features Nicki Minaj.

Sean Paul also has a few unreleased tracks that he has high expectations for. One of those, Want Them All, features the in-demand Konshens.

"The Full Frequency album is coming out pretty soon. I think it's supposed to be out by the 4th of November," Sean Paul told The Gleaner.

The album features Nyla of Brick and Lace's Love Is Wicked fame and Australian recording artiste Iggy Azalea, whose commercial debut single, Work, recently featured on several international music charts and peaked at No. 17 on the UK Singles Chart. The song also has a verse produced by Polow da Don.

The Jamaican touch is not left out, with Sean Paul through his Dutty Rock Music and Don Corleone working on tracks.

Hard Work, who produced Riot; Akon, who produced a dancehall track called Lights On; and Benny Blanco of Stargate are also among the stars who worked on the album.

The 'realness' of Other Side Of Love's concept is one factor that Sean Paul believes made the song a success.

"The topic on this one is hot. A lot of times, the phone gets in the way of relationships. Not just man and woman relationship, but also, like, business relationships," he said.

The production is, of course, also important.

Other Side of Love was produced by the award-winning Blanco, who also produced She Doesn't Mind.

"There's a whole lot of steam coming off Other Side Of Love. It's doing well in Germany, Britain, just picking up in France. I hear people taking about it in the States, especially in Miami. Riot is causing waves also and the people at Atlantic really like the song with Konshens. A lot of things are going on with this album," said Sean Paul.

He said BBC Radio 1Xtra, one of the premier digital radio stations in the UK, is doing a lot for Riot.

He plans to shoot music videos to accompany Want Them All, Riot and Entertainment soon.