Hall of Fame induction for Walker 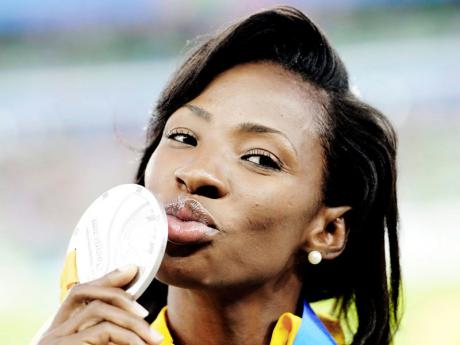 Melaine Walker, Olympic and World champion over the 400-metre hurdles, will be among five former University of Texas (UT) student-athletes and one athletics staffer who in November will be inducted into the University of Texas Women's Athletics Hall of Honour, the Women's Hall of Honour Committee announced last Friday on the institution's website.

Walker, the 2009 World champion, earned a bachelor's degree from UT in applied learning and development - youth and community studies in 2006.

According to school records, Walker is an eight-time US Track & Field and Cross Country Coaches Association All-American and six-time Big 12 champion. The 2008 Olympic champion is also one of the top hurdlers in Texas track and field programme history.

She began her collegiate career at Essex County College in Newark, New Jersey, where she collected two national junior college championships and eight junior college All-America honours. She joined the Longhorns for the 2005 and 2006 indoor and outdoor seasons, during which she amassed numerous individual national honours, in addition to helping UT to 2005 outdoor and 2006 indoor NCAA team championships.

Walker was the 2011 silver medallist in the 400mh in Daegu, South Korea.

At the start of the last season, Walker had an acrimonious split from the MVP Track Club where she trained since she graduated from UT. She now trains with the Racers Track Club and is exploring her ambitions as a sprinter and sprint hurdler.