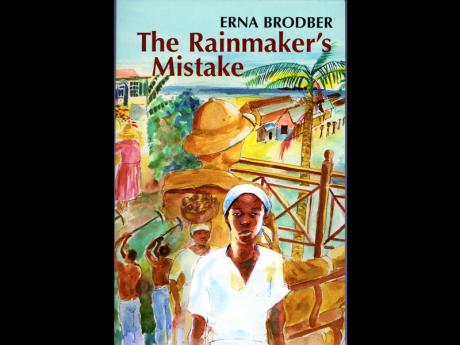 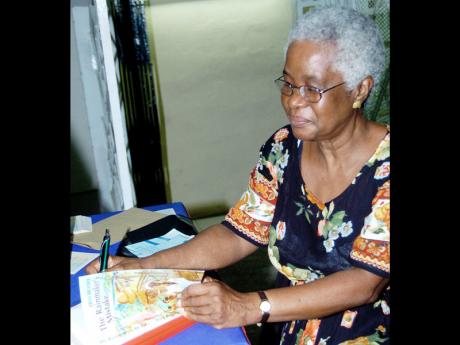 The Department of Literatures in English, University of the West Indies (UWI), Mona, has announced the appointment of Dr Erna Brodber as writer-in-residence for the academic year 2013-14. She will teach creative writing courses in prose fiction in both semesters and will offer creative writing workshops both within and beyond the university community.

Dr Brodber is an accomplished author, historian and social scientist whose creative and academic works have been published to wide acclaim. Her novels include The Rainmaker's Mistake (2006), Louisiana (1994), Myal (1988) and Jane and Louisa Will Soon Come Home (1980). The last is a prescribed text for one of the department's courses, African Diaspora Women's Narrative.

She is no stranger to the Department of Literatures in English, having taught courses in creative writing since 2008 on a part-time basis. A popular teacher, Dr Brodber's students have described her as a "patient, meticulous and generous sage" in sharing her wealth of experience and talent in the craft of prose fiction.

In addition to teaching, Dr Brodber has also delivered lectures and done readings of her work at several universities and colleges across North America and the Caribbean. These include presentations at Spelman College in Atlanta, the University of California, Santa Cruz, the University of Manitoba in Canada, and the University of the Virgin Islands.

A cultural icon in her own right, Dr Brodber has won numerous awards. In 2011 UWI, Mona, conferred on her the Honorary Doctor of Letters, and in 2004 she was awarded the Order of Distinction (Commander Class) for exemplary public service by the Government of Jamaica. She was also honoured as the Prince Klaus Laureate by the Government of The Netherlands in 2006 and named a Distinguished Caribbean Writer and Scholar by the Association of Caribbean Writers in the same year.

Dr Brodber won the Musgrave Gold Medal for Literature and Orature in 1999 and the Commonwealth Writer's Prize for the Canada and Caribbean region in 1989.

She has also lectured in the Department of Sociology at UWI, Mona, as well as several universities in Europe and North America. She was a Visiting Professor at the Johannes Gutenberg University in Maniz, Germany, a Distinguished Visiting Professor of Global Studies at Gettysburg College, Pennsylvania, and most recently, in February of 2013, the Drake Visiting Lecturer at Vanderbilt University in the United States.

As a sociologist, Dr Brodber has also put many of her ideas into practice, pioneering the establishment of the edu-tourism product, Woodside, at her home in St Mary. Her extensive work on the influence of Afro-Caribbean oral cultural practices has been presented across the world at various symposia, workshops and conferences.