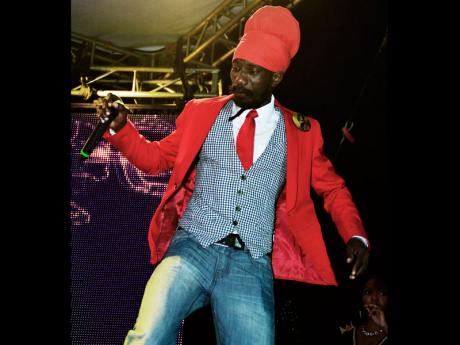 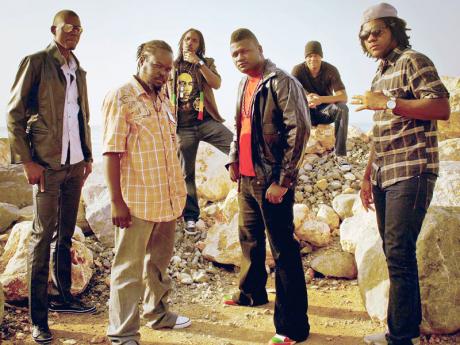 Sizzla's elder status is, of course, relative to their youth, as the band - which has the album Divide and Rule under its belt - is grounded in the Edna Manley College of the Visual and Performing Arts. So, it seemed, was a significant part of the strong turnout for Reggae Fusion and there was no shortage of squealing females.

Despite their innate predisposition to yelp, there was much to whoop and holler about at the concert. For one, Mystikal Revolution fuses the enthusiasm of youth with the discipline of their training, making for a good audio and visual experience. Then there was the striking passion of Sizzla in the up close setting, his eyes often closed as he wrenched the emotional depth out of his songs - even as his legs did a deceptively simple looking combination of intricate steps.

Added to this was Sizzla's accustomed reworking of familiar songs, not only delivering familiar material such as Take Myself Away on a different rhythm, but also adjusting melodies (including effective use of the falsetto) so that he did not so much a replication, but an interpretation of his songs.

After the band members were introduced individually (each to the expected whooping), Mystikal Revolution started on a rub a dub note with Heathen, which also allowed their strong lead guitar, room for expression. They soon got into their originals, beginning with the social commentary of Never Get Away.

Dub segments in the songs foregrounded the instrumentation; nods to Dennis Brown (Revolution and If This World Were Mine) and Barrington Levy (Broadway and Black Roses) showed their appreciation for music which preceded theirs. With both keyboard players and a guitarist on back-up vocals, the band also handled its own harmonies.

With a physically active and verbally engaging lead singer, the band appealed to the females (to squeals, of course). The lead guitarist took over for Knocking on Heaven's Door, the extended version, delivered in a falsetto with his guitar also doing a stellar job, was a high point of the evening.

The break was unexpectedly early and some members of the audience voiced their disapproval. The band resumed with comfort to the Black Woman and they followed with Hustler's Anthem. Love Me was done without Queen Ifrica (who did the recording with the band) and, similarly, the uptempo Reggae Skanking was delivered without Bunny Rugs and Tarrus Riley.

When the lead singer said he was calling on someone else who had given Mystikal Revolution 'a strength' on Gangsta Story, the whooping got louder, as it was obviously Sizzla.

Sizzla came on stage for the song, but did not do his part, showing his support by embracing the band's lead singer. He began his segment with Rise to the Occasion, doing many of the earlier songs in full, Give Me a Try getting extensive falsetto treatment.

Holding Firm took the house down, some of the young squealers moving to the side of the stage from which they could get a grasp of Sizzla's proffered hand, or in one case, titter a path to the stage for a hug. Thank You Mama was a hit, but one of the truly standout moments was his singing of Psalm 121.

And when he deejayed 'congratulation to Mystikal Revolution' the sentiment was echoed many times over.

On the down side, Mystikal Revolution's album, which should have been part of the entry package, was not available and it was announced that there had been problems with the suppliers. Instead, persons were asked to leave their e-mail addresses so the commitment could be fulfilled.