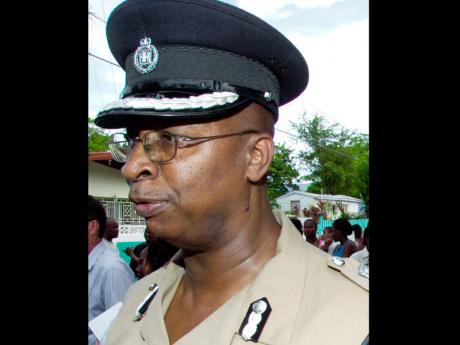 Deputy Commissioner of Police Glenmore Hinds has sought to assure Jamaicans that "we are not losing the fight against criminals".

Hinds' comments come as police statistics indicate that nearly one-third of all police divisions islandwide reported more than a 25 per cent increase in murders between January and September.

The police data indicate that 11 of the 19 police divisions nationwide reported some level of increase in murders.

But in an interview with The Gleaner yesterday, Hinds said, "While in some areas we see a small increase, there are other areas in which we are seeing a reduction.

"So if you take it in totality, we are seeing a reduction of almost seven per cent in terms of violent crimes, albeit in two categories [of serious crimes], we are seeing a small increase," he added.

Police figures show that there has been 856 reported murders since January 1, an increase of five per cent when compared to the 817 reported for the corresponding period last year.

It also showed that while shootings were up four per cent, robberies were down three per cent; break-ins declined 26 per cent; rapes decreased by 19 per cent; and aggravated assaults fell by 20 per cent.

Hinds, who is in charge of operations, disclosed that the Jamaica Constabulary Force is now conducting assessments in the "areas where we are having a challenge … and our response will be guided by [what] the analysis shows us".

The deputy commissioner declined to discuss the measures that are being contemplated by the Police High Command, but made it clear they will be "appropriate as the needs demand".

The St Andrew North Division, which spans several volatile communities, recorded a 43 per cent drop in murders, the largest of any division.

St Ann was next with a 33 per cent decline, followed by Manchester and Hanover, each reporting a 15 per cent decrease.

Meanwhile, the largest increase in murders was reported in Trelawny, which saw a 150 per cent spike - from eight homicides to 20 - when compared to the corresponding period of January 1 to September 21 last year.

St Mary was next with a 86 per cent increase in murders, followed by the Kingston Central Division, with a 71 per cent spike; Clarendon, 67 per cent; Kingston West, 45 per cent; and Portland, 33 per cent.

The statistics also showed that murders were up between three and five per cent in St Elizabeth, St Thomas, Westmoreland, St Catherine North, and St Catherine South.