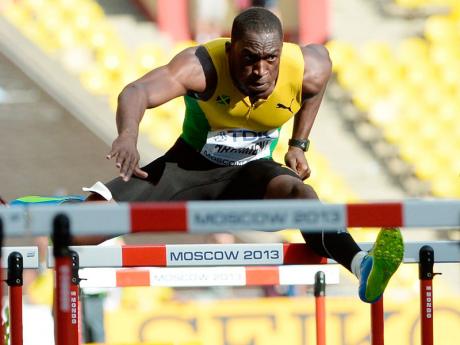 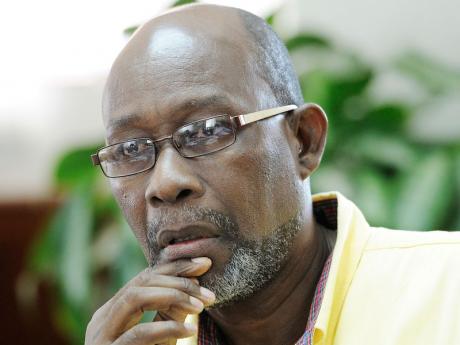 Few could blame Olympic bronze medallist Hansle Parchment for being down in the dumps, having missed out on a possible medal in the 110-metre hurdles at the IAAF World Championships in Moscow this past summer.

Going into the National Championships in June, Parchment was the world leader, having clocked 13.05 seconds - a National Record - in Oregon three weeks before.

The sprint hurdler, as tall as Usain Bolt, was favoured to win at the National Championships over the United States' 2012 National Collegiate Athletic Association (NCAA) champion, Andrew Riley, and seasoned veteran Dwight Thomas, and then go on to Moscow and contend for the gold medal against the likes of David Oliver and Olympic champion Aries Merritt.

A freak accident, however, wherein he twisted his ankle during warm-ups, not only saw him miss the finals, but forced Parchment to spend the next two weeks rehabilitating; and then engage in a race against time to be fit for the World Championships that began on August 10.

Unable to compete before he arrived in Moscow, a race-rusty Parchment barely managed to make it through to the semi-finals, advancing as one of the fastest losers. There, he crashed out because of a hamstring injury.

All the hard work and the fast time earlier in the season had gone to naught.

All throughout the rounds and in the finals, only eventual champion Oliver, with times of 13.03 seconds and 13.00-second, was faster all year.

According to Parchment's coach Fitz Coleman, however, the situation has only served to fire up the 23-year-old.

"He is more determined than ever," said Coleman, who was among several coaches and athletes who recently received awards at special ceremony at Calabar High School, when the institution celebrated the efforts of Olympic 4x400m-relay silver medallist Javon Francis.

"He really, really wants to get backout there, having missed out on this opportunity, so he is fully motivated."

The veteran coach said it was somewhat disappointing that his young charge was unable to achieve his goal this past season, as that would have been a nice follow-up on the unexpected bronze medal he won in London last year.

"You err on the side of caution but, you know, hurdling is an obstacle course and it's really a tough call. But if you are going to go simply off form, then he certainly would have been a contender, all things being equal," Coleman said.

"From that perspective, yes, there is some disappointment, but you have to know how to cope with these things, so, therefore, I didn't feel completely dejected because you know that there is the possibility that things might not go the way you planned it."

Coleman, who is currently guiding 400-metre-hurdles World and Olympic champion Melaine Walker's transition to the sprint hurdles, suggested that Parchment's hamstring cramp in the semi-finals in Moscow could be put down to the lack of races leading up to the Championships.

"To move from almost a static position to a world-class competition for your first race, having been out for almost two months was asking a bit much. I think that is where the problem came in because it wasn't the ankle injury that messed him up, it was a hamstring problem. I think it was just that race that was pulling him."

The mishaps however, will more than likely motivate Parchment to greater things come 2014.

"It has really recharged him, re-energised him, and he is more determined than ever to correct what went wrong this year," Coleman surmised.