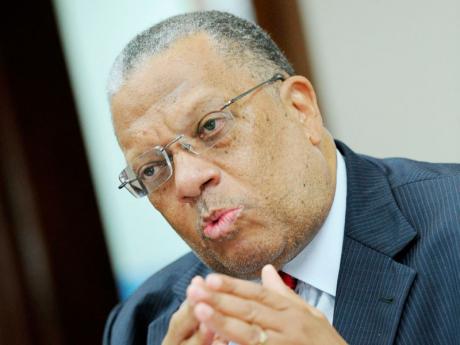 Jamaica will miss the deadline for tabling the Omnibus Tax Incentive bill, one of the structural benchmarks set out under the 48-month Extended Fund Facility with the International Monetary Fund (IMF).

The agreement calls for the bill, which when passed, will become the Omnibus Tax Incentives Act, to be tabled in Parliament by September 30.

At Parliament's final sitting for September yesterday, Finance and Planning Minister Dr Peter Phillips, in a statement to the House, said issues have arisen which will delay the timeline.

He said that following the first performance quarterly review in August, concerns were raised by local stakeholders and international partners about what was being proposed by the tax incentives working group.

The finance minister said discussions have been held with the IMF, and it was agreed that Jamaica would be given more time to work out and enact the required legislation.

IMF Resident Representative Dr Bert van Selm, in a statement yesterday, said "Fund staff is aware of the advanced stage of the preparation of the Omnibus Tax Incentives legislation, and will continue to assist the Jamaican authorities to help ensure that the programme objectives are achieved. In this context, the documentation regarding the first review of the programme was delivered to members of the IMF's Executive Board last week. The board is scheduled to meet on September 30, 2013 to discuss the review."

The new legislation will be far-reaching in that it is expected to replace all incentive laws, including inducements applicable to firms operating in the free zones, an issue which has concerned members of the business processing outsourcing industry, president of the Business Processing Industry Association of Jamaica, Yoni Epstein disclosed two months ago.

According to the IMF Country Report 13/26 on Jamaica, the Omnibus Tax Incentive Act, guided by technical assistance provided by the Inter-American Development Bank and in consultation with Fund staff, will be tabled in Parliament by September 2013.

There is no stipulation as to how soon the legislation should be promulgated, but debate on the bill and its passage into law is not expected to go beyond the end of December 2013.

That is because another structural benchmark set is that as at end December 2013, the Government has agreed that it will no longer consider new applications under existing tax incentive regimes. After December 31, 2013 new applicants will only be considered under the Omnibus regime, and will need to meet the associated new criteria.

The Omnibus Incentive Act will eliminate ministerial discretionary powers to grant or validate any tax relief, and put in place a transparent regime for limited tax incentives.

The IMF report stipulates that any new tax incentives, based on the new Act, will be implemented administratively, without any ministerial discretion in its validation, based on a contract signed regarding the specific project under the umbrella of the Omnibus Act. Furthermore, any incentives will be published promptly.

"No new or renewed waiver category or other tax incentive will be approved (unless required under existing legislation) and no amendment to existing legislation which could generate further tax expenditures will be undertaken until the passage and coming into effect of the new Omnibus Incentive Law," the IMF report said.