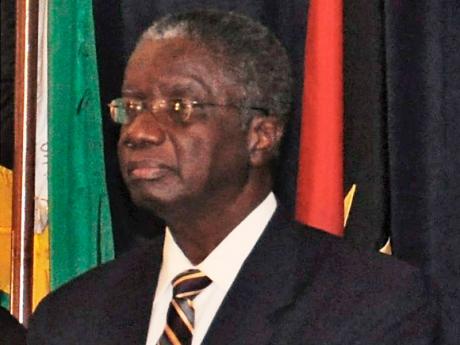 Jamaica can create a platform for economic growth by using the example of Barbados, which stood up to the International Monetary Fund (IMF) and offered wage cuts as a viable alternative to the Fund's prescription of devaluation when the country almost ran out of international reserves.

Speaking at the Private Sector Organisation of Jamaica's annual economic forum at The Jamaica Pegasus hotel, New Kingston last Thursday, Henry pointed out that in 1991, Barbados was about to run out of foreign exchange reserves and the IMF told the government to devalue the country's currency.

"But the Barbados leadership said no, there is an alternative path" and proposed wage cuts as a viable alternative.

The unions, private sector and government, led by Prime Minister Erskine Sandiford, worked together to implement a wage cut.

"Devaluation is basically a back door wage cut, a wage cut without the input of the workers," Henry argued.

The strategy was not supported by Barbadian workers however, and in October 1991, some 30,000 workers took to the streets of the Barbados capital, Bridgetown in protest.

Henry noted that given Barbados' population of only 250,000 people that would be equivalent to 40 million demonstrators marching on Washington, DC.

Notwithstanding, the three-party talks continued and the private sector made sacrifices to ensure the deal would hold by stating that future wage increases would be pegged to performance.

The decision to "share the pain, and with the help of the Anglican Church, allowed this agreement to hold," Henry said, noting that the economy improved rapidly over one to two years.

But there was not to be a happy ending for Sandiford, as Henry said, "In the next election, the prime minister was deposed." His party remained in the political wilderness for 14 years.

According to Henry, in an interview much later, Sandiford did not complain, saying the measure he took was the necessary price to save the country.

"That's clarity," Henry said. He added, "If the government had just outright devalued (the Barbados dollar), it may have resulted in outright chaos."

He said, "Jamaica has a couple of tough years ahead," and "what needs to happen in Jamaica is (supposed to be) non-partisan. Responsibility falls on both sides of the aisle".

The Barbados economy has seen a downturn during the global crisis. The country is currently considering returning to the IMF. But Henry noted that the Barbados success story was not about just having a fixed rate of exchange as it was discipline which enabled it to maintain that rate.

In an interview with Wednesday Business Henry said, "Jamaica has a very large debt, so fiscal adjustment is a necessity." But he added, "A sound partnership between the public and private sector is very important," as was the need for sacrifice and trust.

Looking at countries such as Greece, Turkey, the United Kingdom and the Middle East which have had mass demonstrations in recent years largely over economic hardship, he said it was vital for Jamaica that there was "active communication".

He saw optimistic signs for Jamaica's future, however, saying he was "very hopeful that the public and private sectors are working together to create business reforms that will bring growth in entrepreneurship and the economy".

He said that "Jamaica has made some critical decisions to embrace discipline and clarity of purpose. It now needs to stick to that programme".