Even after VCB ruling, drug debate will have legs 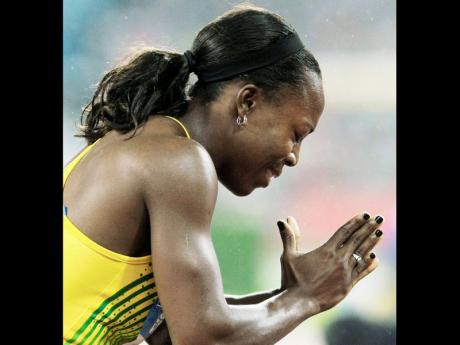 VCB is praying for reprieve. - File

Like the rest of the track and field world, I await the verdict on the Veronica Campbell-Brown drug case with keen anticipation. The verdict appears to be unnecessarily long in coming, which may be nothing more than our eagerness to hear the results.

This case has captured our imagination for so many different reasons. Not only because it involves Veronica, sporting icon par excellence here, but because of other things surrounding her case.

How often does a high-ranking member of the sports governing body describe a case as potentially a "minor offence" well in advance of a trial, as Nick Davies so unwisely did? How often is Howard Jacobs, described by many as the "Johnny Cochran of drug trials in athletics", on the defence team of a Jamaican athlete?

How often does a former prime minister, and one of the ilk and prominence of P.J. Patterson, put himself and his reputation on the line to help defend a Jamaican athlete? And as for the trial itself, how often do we see a president of an athletic association, shielding his face from television cameras as he makes his way into the hearing, as Dr Warren Blake was doing ?

How often do we see locations being changed at the last minute and the media being told to stay away in an obvious attempt to make the proceedings as secretive as possible? If VCB and those involved in this case wanted us to think this was just a routine drug trial, they went about it entirely the wrong way!

So, yes, we can hardly wait to see what the results will be after all this. The verdict, whichever way it goes, will not end the debate; indeed, it will start another fresh round of public discourse. In many ways, poor Veronica, and others close to her case, cannot win at all. If she gets the maximum two years or anything close to that, her reputation takes a nosedive, and may be ending one of the greatest careers in the history of the sport.

Those not sympathetic to her would say she got what she deserved. In that case, sections of the public will no doubt then wonder if Mr Patterson's decision to virtually come out of retirement to defend her was, in hindsight, the wisest thing to have done.

If the opposite happens and she gets off with a mere public warning, the naysayers will say that she only got away because she surrounded herself with a high-profile team, which lesser mortals either couldn't afford or wouldn't attract.

The track and field world also awaits full knowledge of the kind of defence she and her team offered. If she says she didn't take the drug with any intent to cheat, and use the fact that she did declare what she was taking as evidence of that, some will believe her, of course - maybe most will - but there will always be those who say, "Yeah, right."

If she didn't declare what was found in her system, the detractors would always feel she had something to hide, and if she says she had no idea the drug was in her system, we will hear a collective "Please!" from those quick to believe in her guilt.

If she accepts culpability and pleads leniency, and gets, say, three to six months, yes, there are those who will say justice was served and appeared to be consistent, because other Jamaicans such as Shelly-Ann Fraser-Pryce and Yohan Blake would have served similar times, for other "minor offences".

But, of course, there will be those who will say that it's high time athletes get the stiffest penalty if they knowingly take a banned substance, and that the business of being lenient merely encourages others to cheat.

If she questions the process by which her sample was taken and she gets off lightly, we will have JADCO under the microscope all over again, since it was the Jamaican body that did the collecting and sending of her samples.

Questioning procedural flaw may get her off lightly, but it would be a black mark against JADCO and, by extension, the entire Jamaica track programme, which has taken such a media battering in recent times from many across the world who feel our drug-testing procedures haven't kept pace with the brilliance of our sprinting performance.

So whichever way the case spins, this case will continue to be talked about long after the verdict is announced. It will be more like "all's not well", however it ends!

Orville Higgins is a sports journalist and talk-show host at KLAS. Email feedback to columns@gleanerjm.com.