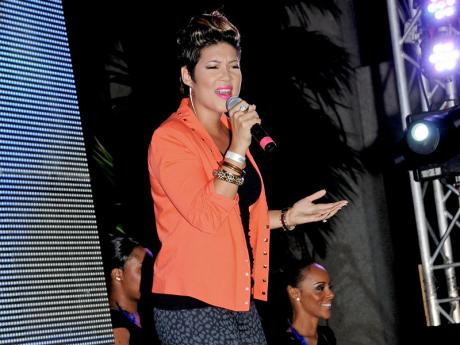 When Tessanne Chin appeared on the NBC singing competition 'The Voice' last Tuesday, there weren't many eyes in Jamaica which didn't see it live.

Tessanne was overwhelmed at the response she received from the Jamaican audience.

"I am absolutely floored and overwhelmed, this is just absolutely amazing and I am incredibly grateful," Tessanne said.

"Once again, as a Jamaican took the spotlight at an international entertainment event, Jamaican fans at home were able to see the excitement as it happened live via the Flow cable network," said Michael Look Tong, director of media services at Columbus Communications Jamaica Limited, operators of Flow.

The data reported in Flow's AI reports is similar to that of the Nielson reports in the United States, and is the only near real-time and electronic source of viewership data for television programmes in Jamaica.

Look Tong explained that the aggregate data in Flow's Advertising Intelligence Reports data is determined from a statistically significant random poll of set top boxes on Flow's network at 30-minute intervals. The reports are available on a subscription basis to advertisers for use in planning their advertising schedules.