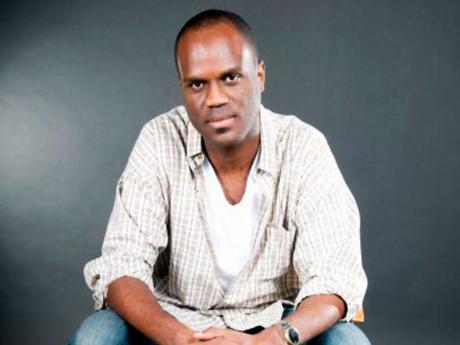 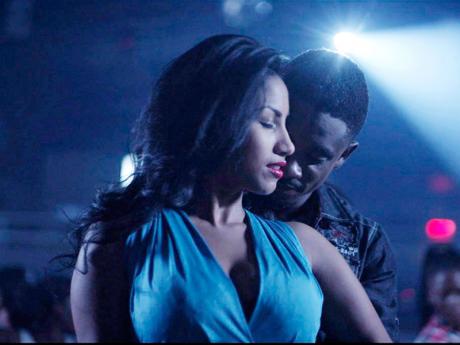 Christopher Martin ('Sean') and Karian Sang ('Lisa') in a scene from the recently completed film, 'Destiny'.
1
2

A few artistes have tapped into their acting talents in the past and, having cast Christopher Martin, Tifa and Spice in his new film, Destiny, film director Jeremy Whittaker believes artistes should be utilised more in local films.

In Destiny, Martin plays one of the major roles, while Tifa and Spice did cameos. The lead role is being played by Canada-based actress and singer, Karian Sang, who has collaborated with Mavado on Take It.

"Apart from being talented, they (artistes) all fit with what I was looking for in the characters. They have such strong persona and presence that they visually pop on screen," Whittaker told The Sunday Gleaner.

While films are quite different from the music videos that artistes do on a regular basis, he said film-makers should consider tapping into the artiste market more often.

"First of all, they are popular. I believe as Jamaican film-makers we need to keep an open mind and support and encourage local talent. Many of the great performers in the music fraternity have acting talent, as we clearly demonstrated. I feel we found a nice blend in casting Destiny," said Whittaker, whose budget for Destiny was just under US$1 million.

He explained that there was little to no difficulty working with the artistes, as they were able to adjust.

"It was apparent from the start that this was not a music video set and the artistes that I cast adapted quickly to movie terminology and language and learned film-set etiquette. The cast was professional and, most of all, prepared. They made my job easier," he said.

The adaptation process was made even easier for Martin, as he also played the role of an up-and-coming artiste, working on his first album and dealing with the rigours of the music industry.

"Although his role was in his comfort zone, the demands of acting were new to him. I believed in him as an actor and he did well. It was a big risk, but it paid off in his performance," Whittaker said.

Dancehall artiste Spice had to tap into another side of herself as she played the role of a hotel worker, 'Candy', who was involved in a love triangle with one of the hotel's guests.

"It was pretty easy since I have been doing drama since I was in basic school. Even onstage, it is still acting. I was a natural with the camera," Spice said.

"For me, being an artiste is also acting. Acting is part of being an entertainer. It comes natural for entertainers to want to merge the two," she added.

Spice also agrees with Whittaker as it relates to the popularity factor artistes bring to the table.

"I think, because artistes are already popular, it will attract viewership to the movie. People will want to watch," she told The Sunday Gleaner.

While roles are played by Spice, Tifa and Martin, there is also a strong reggae soundtrack that will accompany the film, as producer Clive Hunt is creating original songs written and produced specifically for the film.

"The soundtrack will be a major selling point of the film and [will be] used in the marketing promotions world-wide," Whittaker said.

But the film is not just about musicians. The filming for Destiny wrapped up last month with Whittaker taking on the mantle of producer, director and co-writer. Paul O. Beale was the other writer on the film.

As for inspiration, Whittaker, who was a production assistant for Shottas, said he decided to do Destiny because he wanted to do something that would show Jamaica in a more positive light.

"Don't get me wrong, I enjoy the gangster films, but I wanted my film to be different, more dramatic, and with greater musical content," he said.

He explained that "Destiny is a fast-paced contemporary Jamaican story set mainly in Jamaica with introductory scenes set in Toronto. The story follows the turbulent life of a young woman named Lisa.

"The film, a romantic drama, explores several story lines which integrate a love story, the passionate pursuit of a music career, and a return home to Jamaica by the lead character, Lisa."

Whittaker said the film-making experience, with a crew of mostly Jamaicans except for his Canadian script supervisor, was excellent.

He admitted, however, that there were difficulties along the way.

"This has been the most challenging experience, but, thankfully, the most rewarding, as I have overcome so many obstacles to successfully execute this film. As a film-maker you have to stay focused and strong or you'll never make it in this industry," he said.

But unlike Home Again, a Jamaican story which the country lost to Trinidad as a location, Whittaker does not recall any major issues with Jamaica Promotions Corporation (JAMPRO).

"There are necessary checks and balances in place that make red tape inevitable in any process involving government at any level. JAMPRO is doing its best though, and they have been supportive. I have confidence in the creative and professional team they have in place," he said, while recommending Jamaica as a great film location.

He added that a full marketing roll-out is being planned for Jamaica and the rest of the Caribbean for June 2014, with Africa in sight for later that year.

"For many reasons, the world is highly fascinated by Jamaica at this time. I believe that Destiny is an exciting cultural product that has great potential by presenting Jamaica to the world," he told The Sunday Gleaner.

"The production of this film is timely and will play a crucial role in promoting the continued development of a native Jamaican movie industry involving local talent, including actors. This movie is going to do extremely well both nationally and internationally, and we have great expectations for the soundtrack as well."