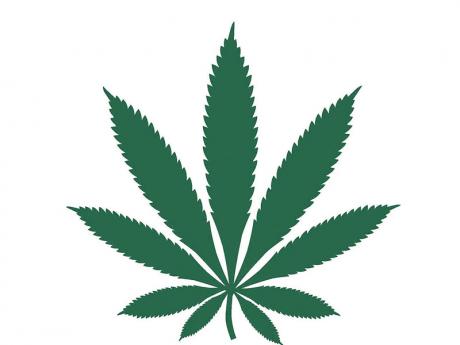 The Cabinet should be asked to consider changes to the laws governing the use of ganja before year end.

Justice Minister Mark Golding says international events and changes in the United States - the chief opponent of Jamaica's decriminalisation efforts over the years - make this the right time for lawmakers to consider changes.

"The Ministry of Justice is far advanced in developing a Cabinet submission with a view to reforming the laws relating to ganja," Golding told The Gleaner.

"We have been working on that for some time now, and it's at an advanced stage, so Cabinet will get the opportunity to consider our recommendation and we will see whether the Cabinet is minded to move forward in the way that we have proposed," added Golding.

"In light of international developments, particularly in this hemisphere, particularly the United States, the situation has changed. I think it's an appropriate time for us to look at reforms in this area," argued Golding.

The minister's confirmation should be good news for ganja lobbyists who have spent the past decade or more lobbying for the decriminalisation of the weed.

In a 2001 report, the Chevannes-led commission noted that many countries had shifted their focus from prohibition of marijuana to research on its benefits, and there was evidence that medicinal use of marijuana was sanctioned in several of the United States and parts of Canada.

At the time, some countries in the European Union (EU), notably Holland, had made several concessions in the area of marijuana use, with some even allowing the establishment of cafés where it was dispensed for smoking.

Chevannes also proposed, "That as a matter of great urgency, Jamaica embark on diplomatic initiatives with its Caribbean Community partners and other countries outside the region, in particular members of the EU with a view to (a) elicit support for its internal position, and (b) to influence the international community to re-examine the status of cannabis."

In recent weeks, members of parliament have been debating a motion moved by the member of parliament for north East St Elizabeth Raymond Pryce.

1. That the relevant laws be amended so that ganja be decriminalised for the private, personal use of small quantities by adults;

2. That decriminalisation for personal use should exclude smoking by juveniles or by anyone in premises accessible to the public;

3. That ganja should be decriminalised for use as a sacrament for religious purposes;

4. That a sustained all-media, all-schools education programme aimed at demand reduction accompany the process of decriminalisation, and that its target should be, in the main, young people;

5. That the security forces intensify their interdiction of large cultivation of ganja and trafficking of all illegal drugs, in particular crack/cocaine;

6. That, in order that Jamaica be not left behind, a Cannabis Research Agency be set up, in collaboration with other countries, to coordinate research into all aspects of cannabis, including its epidemiological and psychological effects, and importantly as well, its pharmacological and economic potential, such as is being done by many other countries, not least including some of the most vigorous in its suppression.