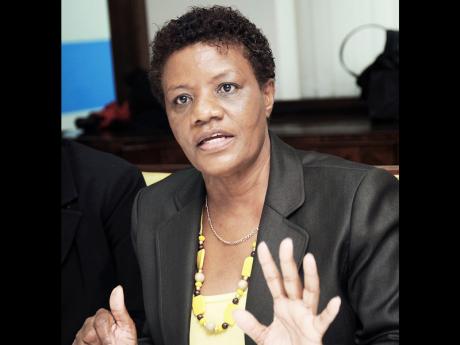 THE NATIONAL Solid Waste Management Authority (NSWMA) is struggling to find more than $100 million to pay scores of former employees who have brought successful cases of wrongful dismissal against the agency.

It is also in a quandary about where to find money to pay more than 170 senior citizens between the ages of 75 and 90 years, who are still working with the solid waste management body.

The company is facing at least 42 cases of wrongful dismissal at this time. Jennifer Edwards, executive director of the NSWMA said the industrial relations cases amount to $120 million.

"We have not been funded to deal with it. Based on what is coming out of the IDT (Industrial Disputes Tribunal) and the Ministry of Labour and indeed the courts, with most of these cases, we are concerned that we might well be called upon to pay out all of this amount of money," Edwards told members of the Public Administration and Appropriations Committee.

Edwards, who appeared before the oversight committee yesterday in Gordon House, said the agency has had to enter into payment plans with the court and or the dismissed employees. "My only hope is that we don't have all 42 (claims) coming together at the same time, because we certainly would not be able to address all of them," she noted.

But even as the solid waste management body grapples with that situation, the issue of wage payment for the more than 170 senior citizens in its employ remains.

The NSWMA boss said the agency has sought assistance from the Ministry of Finance to provide ex gratia payment for the elderly workers.

According to Edwards, the finance ministry has said the workers who are involved in public cleansing should be paid from the Parochial Revenue Fund (PRF).

However, Edwards said the PRF was used primarily to defray costs associated with streetlights.

Efforts to contact Edwards to get further details about the elderly employees, the terms of their employment and the actual duties they carry out were unsuccessful, as her phone rang without an answer.