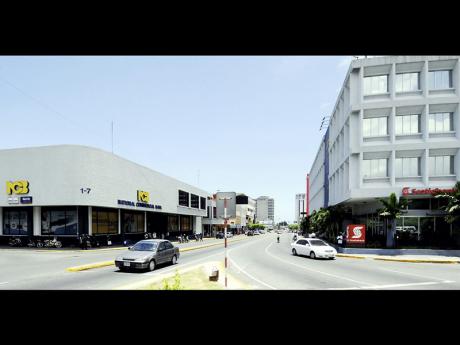 Jamaica’s two largest banks sit on opposite sides of the street on entrance to the New Kingston business district. The Bank of Jamaica’s ongoing banking reform will allow banks to partner with third parties as agents to deliver banking services. 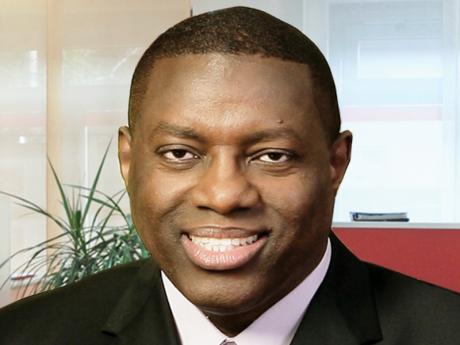 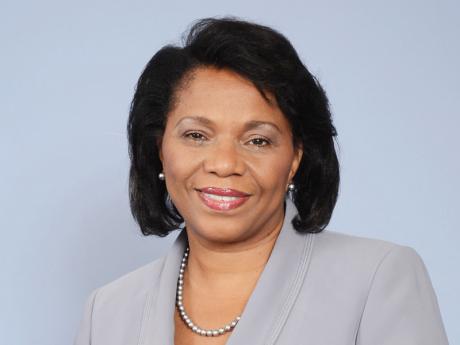 In pursuit of greater financial inclusion, the banking regulator plans to allow traditional banking institutions to partner with third parties to offer banking services, as agents.

As much as a third of the Jamaican population are 'unbanked', that is they do not use or have limited access to the formal banking system.

The banks do not generally publicise their customer base, but Scotiabank Jamaica, which is the second-largest bank, has just provided 230,000 client records to one of Jamaica's credit bureaus, according to disclosures this week.

The agent banking system will require amendments to existing laws to accommodate the new structure, which the Bank of Jamaica (BOJ) says it is in the process of devising for promulgation within the pending omnibus banking bill, which will streamline the operations of deposit-taking institutions or DTIs.

The legal amendments, BOJ says, will allow for certain banking transactions such as cash deposits and withdrawals within certain monetary limits to be done at third-party locations, including retail outlets.

The measure will also address one of three Basel core principles with which Jamaica is currently non-compliant.

A Financial Stability Institute survey on Basel implementation published July 2012 identifies the non-compliant areas as "supervisory autonomy and strengthening of consolidated supervision". Those are areas being addressed under banking reform.

Local bankers have responded positively to the suggested development, noting that it's a convenient way to deepen market penetration, without a massive capital outlay.

"It allows us to expand services more efficiently and a reduced cost. We will reach consumers who would normally have to traverse great distances to access these services," said Ivan Carter, CFO of Sagicor Jamaica Group, the parent company to one of the smallest banking networks.

"Agent banking is a positive strategy already introduced in many developing countries. Benefits to the financial institution include being able to reach new customer and market segments cost-effectively. The institution is able to expand its network without having to build out brick and mortar structures," he said.

Large retailers such as MegaMart already have windows for bill payment, cable and phone services, ATMs and even store-front insurance. The agent banking initiative would allow that same retailer to add a banking window.

Maureen Hayden-Cater, president of the Jamaica Bankers Association (JBA) and president of First Global Bank, sees the initiative as a win-win.

"The JBA welcomes it," she said.

"Everybody benefits; for the banks, it is a lower cost channel and we believe it will broaden the access for persons, especially the under-banked to have access to the banking system," Hayden-Cater said.

Locally, there are seven commercial banks, each with varying levels of market penetration. National Commercial Bank, Scotiabank and RBC Royal Bank are the top three by assets.

A study issued on February 2012 by the Alliance for Financial Inclusion examining the impact of agent banking in Latin America and comparing the experiences of four Latin American countries that have implemented agent banking - namely Brazil, Colombia, Peru and Mexico - concludes that agent banking has significant potential to increase access to financial services for remote populations.

Among its conclusions, the report says "additional regulations that allow more types of financial institutions to operate through banking agents could broaden the range and coverage of financial services".

The agent banking proposals are discussed in the BOJ's 'Consultation Paper on Proposals for Enhancement of the Legislative Framework for the Deposit-taking Sector'.

Promised updates on the agency policy were unavailable from the BOJ up to press time.

Its policy paper says in the changes proposed there is particular focus on identifying operational and reputational risks that would emerge from the introduction of agent activities.

To qualify for agency licence, the business must be at least three years in operation, have a broad customer base, meet minimum fit and proper criteria for owners with 10 per cent or more voting power, and be legally registered as a corporate body in Jamaica.

The agent must also "demonstrate the capacity to carry out certain aspects of basic AML/CFT measures - such as collection of relevant customer data - on the DTI's behalf," the central bank said.

The agents will not be allowed to outsource their banking responsibilities. And large transactions must be done directly with the DTI, said BOJ.

The size of transactions will be curtailed by law.

And: "It should be noted that the agency facilities will only be authorised to undertake transactions in JMD at this time," the central bank said.

Carter of Sagicor said customers would benefit from lower cost of services, and the convenience of service delivery on their turf, and performing a range of transactions at a single entity.

Research conducted by the University of the West Indies found that 34 per cent of the adult population in Jamaica do not own bank accounts.

Of the 66 per cent that own a bank account, only 12 per cent own transactional accounts - that is, highly banked.

The numbers also show that more than 80 per cent of adult Jamaicans have limited access to low-cost, efficient and easily accessible payment channels.