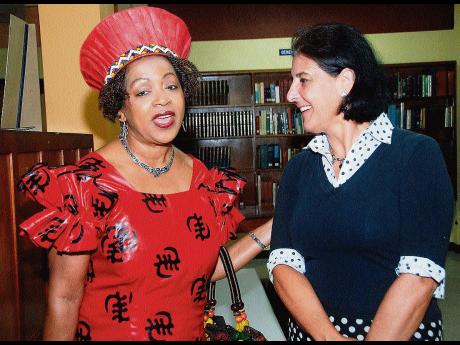 The United Kingdom's Daily Mail is reporting that 14 CARICOM countries have moved to sue three of their former European colonisers for what they refer to as the atrocities of slavery.

The move comes after CARICOM decided on the establishment of a National Reparations Committee in each member state, with the chair of each committee sitting on a CARICOM Reparations Commission in July.

The report states that 12 former British colonies, along with former Dutch-state Suriname, and Haiti, which was once owned by the French, have sued Britain, France, and Holland for what could be hundreds of billions of pounds.

The regional bloc has retained the services of the British law firm Leigh Day, which recently won compensation for hundreds of Kenyans tortured by the British colonial government during the Mau Mau rebellion of the 1950s.

CARICOM is yet to state the sum it is seeking from the reparations case. However, senior officials say when slavery was abolished in 1834, Britain paid slave owners £20 million, which would be equivalent to £200 billion today.

CARICOM is, however, hoping that the matter will be settled amicably out of court.

Ralph Gonsalves, prime minister of Saint Vincent and the Grenadines, is quoted as saying, "The awful legacy of these crimes against humanity ought to be repaired for the developmental benefit of our Caribbean societies and all our peoples."

Professor Verene Shepherd, who is coordinating Jamaica's case for reparation, echoed a similar view, adding that, "They (slave ancestors) got their freedom and they were told, 'Go develop yourselves'."