The woman who started it all 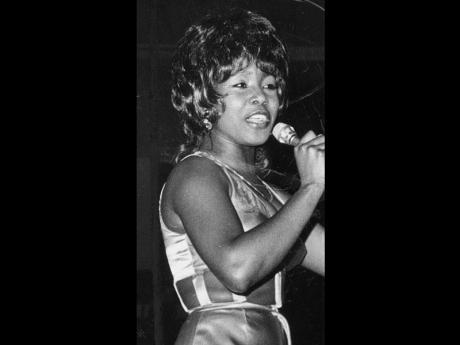 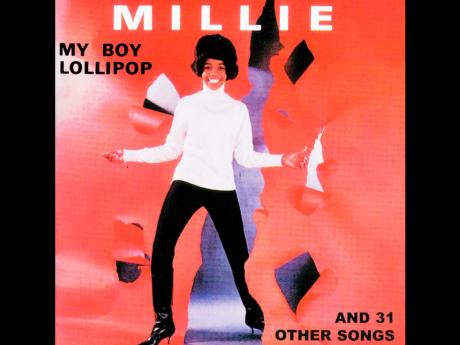 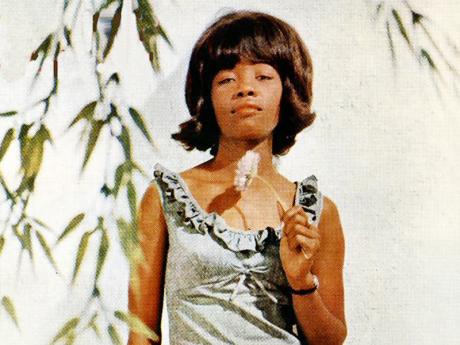 Millie Small was reported to be 15 years old when Island Records boss, Chris Blackwell, recruited her in 1964, as part of his efforts to help set up his fledgling label.

However, there are discrepancies concerning the year of her birth. On the premise of the above data, simple mathematics would mean she was born in 1949, however, some sources claim she was born in October of 1946.

She was in fact taken to England from late 1963 and given intensive dancing and diction training, before embarking on a career the following year, the highlight of which was the recording, My Boy Lollipop.

Small had already announced her presence in the music business while on Jamaican shores, with a number of recordings done mainly in duet with male singers.

Foremost among these were the bluesy ballad named Sugar Plum, sung in duet with Owen Gray, and a ska piece in tandem with Roy Panton, titled, We'll Meet.

Done at Federal Recording Studios, close to Jamaica's Independence celebrations of 1962, both recordings were extremely popular.

We'll Meet topped the Jamaican charts and was numbered among the top-10 Jamaican recordings of 1962. It brought Millie's voice to the forefront of the music when she alternated lead with Panton. The song was different from Sugar Plum, which she sang in combined harmony with Gray.

Produced and distributed by Caribbean Distributing Company and supervised by Clement Dodd, We'll Meet seemed to be conveying a message: Panton seemed to have had knowledge or premonitions of Small's intended departure, when he sang:

No matter where you run and hide dear, I know we'll meet, we'll meet.

I know you love for me is strong dear, that's why we'll meet.

In her lines from the same number, Small responded:

I don't care what you say or do

I know I'm going away from you.

For on the street I'm going to run.

Her thin, childish, high-pitched voice, was unique and was used to great effect on those and other recordings of that sort, during that period.

Born Millicent Dolly May Small to a sugar plantation overseer in the district of Gibralter, Milk River, Clarendon, the jovial pint-sized performer had previously seen her fortunes soar.

As a 12-year-old she entered the very popular Vere Johns Opportunity Hour talent contest at the Palladium Theatre in Montego Bay, where she won ahead of a formidable field of contestants. It was the springboard on which her eventual stardom gained its traction.

According to Millie's brother, Leebert, who resides in the Rollington Town area of East Kingston, she displayed no inclinations towards singing until age 12. It was also at that age that she left Clarendon to stay with relatives along Love lane in Kingston.

Influenced by the music around her and bolstered by the memory of her success on the Vere Johns' talent shows, Small ventured into the recording studios and had two big sellers, albeit in duet, without the relevant financial rewards to show.

Blackwell heard one of them and was convinced there was a better future for her in Britain. Blackwell was, in fact, killing two birds with one stone, since he was in the process of setting up his recording company there and was looking for raw talent to record.

Obtaining the permission of Small's parents, Blackwell became her manager and legal guardian. She recalls the drama of the moment: "When Mr Blackwell wrote to my parents and they said 'yes', I just went away and sat by myself. I'd always dreamed about going to Britain, but when it happened, I could not believe it. People told me not to go, but I didn't listen, I listened to my mother". The decision paid off when her My Boy Lollipop, a remake of Blues singer Barbie Gaye's 1957 song, became a smash hit on both sides of the Atlantic.

My Boy Lollipop topped the United Kingdom charts in March 1964 and held down the No. 2 spot on the United States charts, selling some seven million copies worldwide.

The song also made inroads on the Nigerian, Australian, and New Zealand charts.

My Boy Lollipop is rated third among the greatest all-time hit singles of 1964, surpassed only by the world-acclaimed Beatles and the Rolling Stones, and continues to be one of the all-time bestsellers.

Amazingly, the song continues to be played on radio stations across the United States almost every day. Small's explosion on the world stage was in a manner, entirely without precedent, transforming a relatively unknown Jamaican woman, almost overnight, into Jamaica's first and foremost female superstar.

Small literally opened the doors for others like Desmond Dekker and the Aces, who had a UK No.1 with Israelites, and Dave Barker and Ansel Collins who matched them with Double barrel.

My Boy Lollipop's success becomes even more remarkable when one realises that it came amid strong competition from the Beatles and the Motown invasion in the United States.

Blackwell assigned the task of restructuring the song to Ranglin.

"Chris thought it was a great idea. He believed that it was fitting for Millie and that the song would last for years," Ranglin recalled.

Ranglin did have his challenges though.

"I was the only Jamaican who played on the record. I had to teach all of them (Englishmen) how to play the music."

The result was a masterpiece, masterminded by Ranglin, who had performed similar heroics with the Wailers' It Hurts To Be Alone, and Ernie Smith's first recording, I Can't Take It.

Nothing big happened for Small, in terms of hits, after My Boy Lollipop, except Sweet William which made the British charts.

Small will always be remembered as the first Jamaican artiste to expose Jamaican music on a wide scale to an international audience.