No to chemo, yes to lifestyle change 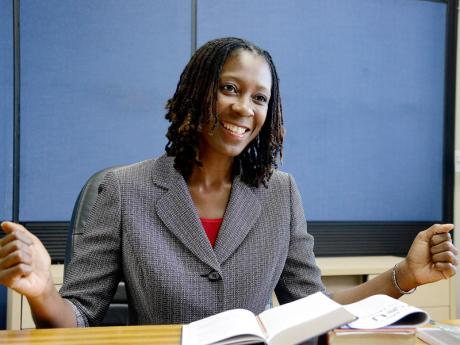 With her faith in God, Williams was convinced there had to be another option besides chemotherapy. - Gladstone Taylor / Photographer

For many, being diagnosed with breast cancer means chemotherapy and a death sentence. But Debra Williams will tell you that a lifestyle change might be the very thing you need.

In April 2012, Williams was told something that every woman fears hearing after feeling a lump in their breast - "You have breast cancer." But despite tragic news, Williams did not feel lost or terrified. She told Flair she did not feel much of anything.

"I didn't feel anything really. I felt the lump in my breast for a few months and I guess because I knew there was a possibility, I conditioned my mind for it," Williams revealed.

Her mind was in a good place, and the following month she had the cancerous tumour removed from her breast. Then she did something that had her doctors and friends thinking she was completely insane - she refused to undergo chemotherapy.

"Chemo was never an option for me. I knew too many people who tried and it didn't work," reveals Williams.

She told Flair that she had a friend who died after going through the gruelling process of chemotherapy, and battling cancer for 12 years. Before her diagnosis, she had another friend with multiple myeloma, and while he was going through his treatment, he decided he wanted to try some natural remedies. She did all the research for him, little did she know that this would in turn benefit her.

So after the diagnosis, Williams prayed and went back to a book she had read before, The Ministry of Healing by Ellen G. White. Her devout Christian beliefs made her unwavering in her decision to forgo chemotherapy.

She immediately gave up her carnivorous lifestyle and her favourite meal of oxtail and decided to START life change.

"I threw everything out. From the microwave to flour. Everything," she told Flair, as she went vegan cold turkey.

The hardest part for her going vegan was not the change in diet, but with her friends. They were constantly emailing her trying to persuade her to take chemotherapy. Being diagnosed with Stage 2B breast cancer meant that there was the possibility of the cancer spreading to the rest of her body. It was her doctor's responsibility to tell her to take chemotherapy, and he demanded it.

"My doctor was so upset. He got frustrated because I refused chemo. One day, he even said, 'I'm not coming to you with a religious hat, but as your doctor. You need to do the chemo or you will die!," Williams told Flair. "That's what made it hard. Not the food, but everyone telling you that you are doing the wrong thing - the pressure. I understood because no one really does this, but I was not going to do chemotherapy."

Williams did not succumb to the pressure and do chemotherapy. She removed every form of animal product from her diet. She immediately felt changes in her body and energy that she did not have before.

She led workshops and encouraged some persons to go vegan. During her 'natural treatment' she even wrote a book (still to be published). However, before she started to look for a publisher, there was something she had to do. Prove she was cancer-free.

On January 18, 2013, Debra Williams did a Body PET CT fusion scan which was a thorough check to detect even the smallest of cancer in her body. It took three days to get the results.

"That was the first time I was nervous through the entire ordeal. Everyone telling you, 'you should do chemo,' and this would prove whether or not the lifestyle changes could be an alternative option. Was what I was saying really going to work?" Williams revealed to Flair.

She was sitting with a friend in Florida when the fax from the clinic came in. Her friend was the one who retrieved it and read it first. She looked at Williams with utter disbelief.

"When she said, 'Debra they have detected absolutely no cancer cells in your body'. We screamed, we jumped and we bawled and bawled. We were so happy. And she finally believed me too, because she was also a medical practitioner," Williams said.

Since then, she has been living cancer-free and has not looked back. And now there is absolutely no temptation to go back to her former diet.

"When I see the meat or the sugars, the first thing I see is cancer. There is no way I can go back there, knowing the potential harm these can cause to my body," Williams said.

Her current favourite dish is cashew cheese with flax seed and carrot crackers. And to satisfy her sweet tooth, is her oat, coconut vegan cookies, which includes raisins.

She shares her journey and her recipes on her website www.debrawilliamsja.com. Williams believes that women need to have other options and this is one she is confident will not harm, but help the body.