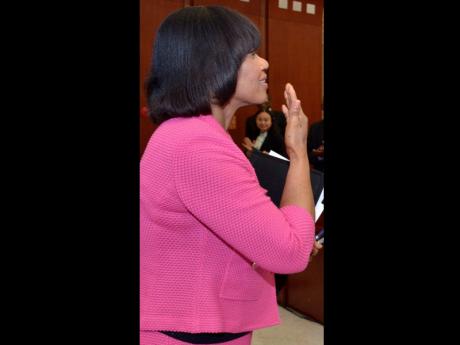 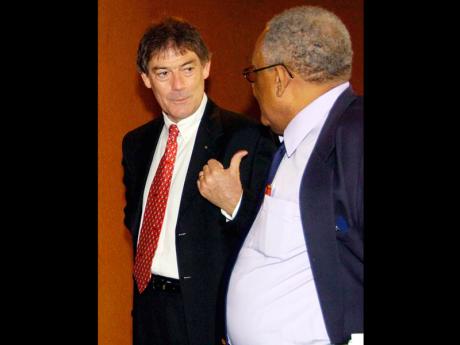 David Howman (left), director general of WADA, is not impressed with the Herb Elliott-chaired JADCO. - File
1
2

There is nothing "extraordinary" about the World Anti-Doping Agency's (WADA) intent to visit the island to conduct an audit of the Jamaica Anti-Doping Commission's (JADCO) drug-testing programme.

That's the word from officials of JADCO who have asked to remain unnamed, and sources close to the situation, who were reacting to an unflattering report published by The Associated Press (AP) yesterday.

The AP report suggested that WADA, out of concern about Jamaica's 'breakdown' in testing in the months leading up to the Olympic Games in London, England, last year, would be making an extraordinary visit to the island to scrutinise Jamaica's anti-doping programme as it related to the period in question when there was no testing done by the local anti-doping authority.

But in a release last night, the Office of the Prime Minister said the Government welcomed WADA's acceptance of the invitation extended by Portia Simpson Miller on August 5 in a letter to IAAF President Lamine Diack, which was copied to the WADA President John Fahey, and WADA's offer to send a delegation to Jamaica to hold meetings and discussions.

"Such a visit is welcomed, as Jamaica seeks to maintain its unwavering commitment to integrity in sport. We are happy for all the technical support WADA and the IAAF have provided and continue to provide in order that our systems will become first rate," said

Information gleaned suggested that during the period there was reportedly little testing, JADCO was only in possession of expired test kits and did not have sufficient funds to acquire new ones.

The story also noted that despite the absence of tests conducted by JADCO, both the International Association of Athletics Federations (IAAF) and WADA conducted testing of Jamaican athletes during the aforementioned period.

Jamaica won a record 12 medals, including four gold, at the London Games.

The Moscow performance, however, was impacted by negative reports going in, following a rash of positive drug tests, including those of three of the country's elite athletes - defending 200-metre champion Veronica Campbell-Brown, Sherone Simpson and Asafa Powell.

Campbell-Brown's positive test came in May, while Powell and Simpson were among five athletes who tested positive in June. The World Championships took place in August.

The bad news continued to dog the performances right after the games ended in mid-August with the revelations of former JADCO Executive Director Anne Shirley, who laid bare weaknesses within the local drug-testing programme in an article she penned and which was published by Sports Illustrated on August 19.

Shirley's Sports Illistrated article followed two articles she had published in The Gleaner on August 7 and 13.

Shirley left JADCO earlier in the year after conflicts with members of staff.

The Gleaner was reliably informed that in response to the prime minister's invitation, WADA Director General David Howman had proposed dates of October 15 and 16 for a team to visit.

The AP article, written by John Leicester, claimed WADA was unhappy that Jamaica had not agreed to a swift inspection.

The article stated that Dr Herb Elliott, chairman of the JADCO board, would be unable to accommodate an inspection before the end of the year.

Elliott declined to comment in detail when contacted by The Gleaner yesterday, only saying he would not do so until he spoke with Howman on the matter.

However, The Gleaner understands that Elliott had written several letters to Howman, explaining that because of the hearings that have been scheduled for five Jamaicans who are to appear before disciplinary panels before the end of the year and the upcoming WADA Convention coming up between November 12 and 15 in Johannesburg, South Africa, to which he was invited, a visit now would be difficult to accommodate.

Yesterday, the OPM said it was still awaiting a reply from WADA.

When asked about this matter, Elliott would only say that if there was a response from Howman, it was not sent to him.

Efforts to speak with Leicester proved unsuccessful. The Gleaner received a response from AP saying he was unavailable.

Phone calls to the WADA offices in Canada went unanswered. Yesterday was Thanksgiving Day, a public holiday in Canada.