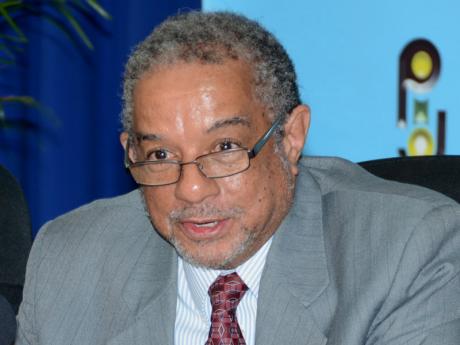 DIRECTOR GENERAL of the Planning Institute of Jamaica (PIOJ) Colin Bullock says the international markets are warming up to the country in light of its performance under the extended fund facility with the International Monetary Fund (IMF).

"The purse strings appear to be loosening and there appears to be increased confidence in Jamaica's capacity to manage a difficult programme," Bullock said.

The PIOJ boss, who was speaking during a meeting of Parliament's Public Administration and Appropriations Committee, said Jamaica was no longer being seen as a pariah by the country's international development partners.

He said that prior to securing the deal with the IMF, the partners were unwilling to commit resources to the country, but that position has changed with the success of the programme so far.

Bullock, while responding to questions from Central Clarendon Member of Parliament Mike Henry about how the forecast of optimism fits in with the latest consumer and business confidence review, which shows confidence at its lowest, said sometimes there might be a divergence between how people see things and what is really happening.

"Where we were a year ago is that we didn't have an IMF programme and we were cut off from funding by international agencies. We were not able to borrow at all, (and) we were international pariahs," Bullock said.

He told the committee that despite the findings of the survey, there are people in Jamaica who are doing business.

"In spite of the perceived difficulties, there are companies in Jamaica which are not [complaining]. Probably they don't have the time to complain and to express this lack of confidence. They are too busy making money," Bullock told the committee.

The Government inked a four-year extended fund facility arrangement with the IMF in May, which allows the country to borrow about US$932.3 million from the Fund.

The financing arrangement forms a critical part of a total funding package of US$2 billion from Jamaica's multilateral partners, including the World Bank and the Inter-American Development Bank, with each having preliminarily agreed to allocate US$510 million over the next four years.

"I think, in terms of our commitment to meeting our objectives, we have turned around our international status," Bullock said.

He added: "The governor [of the Bank of Jamaica] and the FS (financial secretary) and myself are just coming from Washington between Sunday and Monday of this week, and I can say that everybody is pleasantly surprised about Jamaica's success in meeting its targets so far, and there is now renewed interest in Jamaica from the multilaterals and the IFC (international financial community) in terms of facilitating private-sector investment in Jamaica."

The amount adds to the €7 million already paid in September, and follows a meeting between Finance Minister Dr Peter Phillips and EU representatives in Washington on the weekend.

The two disbursements relate to programmes supporting the continued and successful implementation of the Jamaican Strategy for the Adaptation of the Sugar Industry 2006-2020.