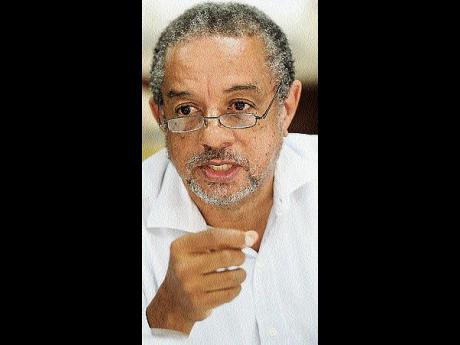 AFTER FIVE quarters of decline, growth has returned to the country's economy, the Planning Institute of Jamaica (PIOJ) has said.

Colin Bullock, director general of the PIOJ, said yesterday growth for the July to September quarter was estimated at 0.8 per cent.

"These are estimates from the PIOJ, not yet corroborated by STATIN (the Statistical Institute of Jamaica)," Bullock told Parliament's Public Administration and Appropriations Committee (PAAC) yesterday.

The PAAC, which is examining the country's performance under the four-year extended fund facility with the International Monetary Fund (IMF), was told the economy contracted 0.7 per cent for the fiscal year 2012-2013.

Bullock also told the committee that for the January to March 2013 period, the economy contracted by 1.2 per cent, and that a 0.1 per cent contraction was recorded for the April to June period.

While telling PAAC members that the return to growth was not much to shout about, Bullock explained that the goods, mining, and construction sectors were primarily responsible for the growth.

Bullock said the expectation for calendar year 2013 was for marginal economic growth of 0.1 per cent.

"On the basis of what we expect to be a strong quarter in January to March 2014, we expect the economy to grow by one per cent or a little under one per cent for the financial year," he said.

Under the agreement with the IMF, Jamaica has designed an economic programme in which modest growth has been projected.

He added: "That is an issue because, in terms of the basic objective of the programme, which is debt sustainability, I think we are all agreed that the economy needs to grow much more strongly than two per cent per annum."

He, however, cautioned that in the short run, the stabilisation programme, "because it constrains expenditure, does not facilitate growth. However, in the medium to long term, if we don't deal with the debt problem, then the Government is going to have even less money to spend".

Jamaica's debt is estimated at 140 per cent of gross domestic product.