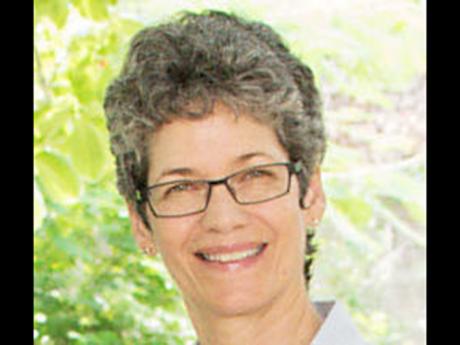 Gordon, my friend, Why'd you do it? Write such a fool-fool column, I mean? ('Once more unto the beach', October 15, 2013). Cho, man, I used to enjoy your articles; now your credibility is shot. Let me try and set you straight - I'm hoping you're worth it.

Indeed, human beings have damaged the planet throughout history, but to say this confers a license to complete and even escalate the destruction is absurd. By that token, there is no need to fix a sewage plant, in fact, we don't need sewage plants at all, let's just let excrement flow in gutters and gullies, and if there is a bit of a cholera outbreak, so what? The dark and diseased cities of the Industrial Revolution are fine. Rivers can catch fire, as the Cuyahoga did in the United States (US) in the 1960s. Fish stocks can crash, destroying a sustainable source of protein for 2.7 million people, and we should not lift a finger to reverse this trend. Surely, Gordon, "let the reckless mismanagement continue" is not a reasonable position?

With regard to the proposal to locate a large port in Jamaica's most protected area of land and sea, Portland Bight, I must wonder why you did not begin with the law?

Is it of no concern to you, an attorney, that the Government of Jamaica (GOJ) saw it fit to protect the natural resources of this area - which go far beyond the iguanas - under three different laws? That the GOJ has signed various international conventions; that tens of millions of US dollars have been spent on efforts to protect and restore the mangroves, coral reefs and wildlife of this area? That if we simply turn our back on these efforts, it is possible that no donor, foreign or local, will invest in any conservation activity in Jamaica in the future?

But perhaps you think that's a fair trade - port investment vs investment in natural resources. What, exactly, will the port investment bring us, Gordon? You must know something the rest of us don't, since the information disclosed so far could hardly be more vague. It matters not the cost of building the port - what matters is the amount that will stick to us, the amount we will earn, the quantity and type of jobs our nationals will get. Once we know that, we can perhaps have a discussion about the relative costs and benefits - and also the best place to put such a port.

As for 'the environmentalists' predicting disaster for the developments you mentioned - you could have done just a modicum of research. Briefly: (1) The contention with regard to the Palisadoes Road was cost - it was a loan, not a grant - and overkill, since the stretch of road really needing protection was only a few hundred metres; holding the public consultation process after work had started (the court agreed this was a breach), and issuing the wrong permits (the court did not agree with the latter argument). (2) The Gran Bahia Principe Hotel was built in an area of wetlands and reefs that had long been proposed for protection and the large size of the hotel was thought to be of inappropriate scale; and that the public consultation was flawed (the court agreed in a ground-breaking and much-cited judgment). This location, by the way, had a very small beach, which was expanded and is now maintained by dredging. (3) The north-south highway link - insufficient attention was paid to the geology, which I believe has since been rectified. No one has ever suggested that any single development will bring the environment crashing around our ears.

Many folks, on the other hand, have insisted that giant hotels, highways, ports, conference centres, stadia, free zones, call centres and other developments will save our economy and our quality of life. Yet, here we are, steadfastly unsaved. It is not the warnings of "the environmentalists" which have been wrong - it is the pie-in-the-sky promises of those with the "no noose is a good noose" mentality.

Just a few corrections of fact now. Little Goat Island was the one with the goats, and yes, they did nyam down everything, but the goats have been removed and the regrowth of vegetation is impressive. Great Goat Island is the one with the good iguana habitat - and no one has said there are currently iguanas there. What has been pointed out is the GOJ's 50-year plan to make Great Goat Island an iguana sanctuary, as it is there the predators can be effectively excluded. Like so many GOJ plans, this has never been implemented.

Your article gives the impression that "the environmentalists" have effectively blocked development at every turn. In fact, Gordon, virtually every time there has been a choice between a natural resource, no matter how important or unique, and a development, no matter how short term or low paid, the Jamaican environment has lost. It is not that a single development sounds any kind of death knell; it is that the island on which we live and profess to love faces the relentless and incremental loss of all that makes it Jamaica.

I'll close with our beaches, since you seem to think they are in good shape. Check out Negril, where poor environmental management (removal of wetlands, seagrasses and beach vegetation, poor sewage treatment leading to coral reef decline and overfishing) has contributed to catastrophic beach erosion. All potential solutions at this point carry hefty price tags. If policymakers had listened to "the environmentalists" when these mistakes were being made, perhaps there would have been a different outcome.

I'm sending you an environmental reading list via horse (couldn't find a buggy at short notice), and I'm expecting a 300-page book report every week until you have brought your thinking into the 21st century. Right, sah?