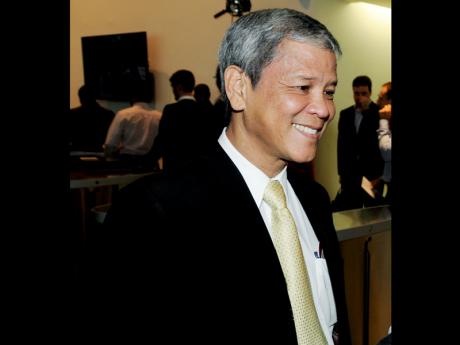 The Ministry of Finance has extended the deadline for submission of proposals for casino resorts to sometime in November and met with potential bidders last Wednesday to discuss the status of the project.

The original deadline was September 30.

Declaration of an approved IRD by the finance ministry qualifies the investor to apply for a casino gaming licence under Section 9 of the Casino Gaming Act of 2010. Three licences are prescribed in the legislation.

The exact date in November for bids has not been disclosed despite several requests by the Financial Gleaner.

A project manager in the real-estate sector, who declined to be named, said the application fee was seen as prohibitive.

A representative of the casino commission previously said the size of the fee relates to significant due diligence requirements.

One of the frontrunners for a casino licence is considered to be Harmony Cove - a project in which the government-owned Harmonisation Limited is an investor in partnership with Tavistock Group. Harmony Cove is projected to cost US$800 million and will take three years to complete, according to regulatory filings by the finance ministry.

Executive director of Harmoni-sation Limited, Dr Lorna Simmonds, declined to say whether an IRD bid had been submitted for Harmony Cove and referred Wednesday Business to the finance ministry.

Repeated attempts to find out if any bids had been submitted and why the period had been extended were unanswered by the ministry.

Palladium Hotels, which previously knocked the application process, confirmed that it opted not to bid.

The Spanish-owned resort group previously announced a US$300m plan to add another 805 rooms to an existing 1,056 at Point, Hanover, to position it for eligibility for a casino licence.

"We believe it is an exercise in futility," Kosvogiannis told Wednesday Business.

Approved IRDs will get an exclusive buffer zone within which no competing casino can be developed. The ministry is also offering to facilitate deals with the state-owned Urban Development Corporation for potential but landless casino investors for their developments.

The proposed hotel development must cover a minimum of 2,000 rooms of which no fewer than 1,000 should be ready for occu-pancy prior to the start of casino-gaming activities.