WADA coming next week - Dates agreed on since last week 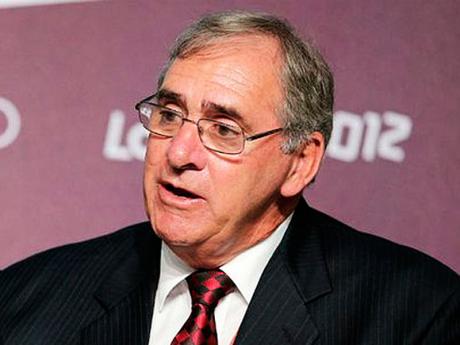 It would seem as if John Fahey, president of the World Anti-Doping Agency (WADA), and David Howman, its director general, are not on speaking terms.

Because while the former was reported exclusively in the Daily Telegraph on Monday as rebuking Jamaica for what he deemed 'farcical' attempts to defer an extraordinary audit of the Jamaica Anti-Doping Commission (JADCO) until 2014, Howman had from last week finalised arrangements for a team from WADA to visit Jamaica next week.

Minister with responsibility for sports, Natalie Neita Headley, told The Gleaner last week that if a mutually convenient date could be agreed on, then WADA was free to visit to conduct their audit of JADCO.

Further, word reaching The Gleaner is that on October 16, another invitation was sent to WADA and it was agreed that a team from world sports' doping governors would be arriving in Jamaica on October 28.

During the two-day visit, the WADA team is to have discussions with available JADCO commissioners, members of the staff, as well as the minister of sport.

The team, which will be comprise Rob Koehler, Rune Anderson and Kerwin Clarke, will depart the island with their findings on October 30.

Since mid-August when former JADCO Executive Director Renée Anne Shirley penned commentary in The Gleaner and Sports Illustrated magazine highlighting weaknesses inside the five-year-old Jamaican anti-doping organisation that oversees Jamaica's drug-testing programme, the island continues to be raked over the coals by the international media and WADA.

Shirley revealed in her article that JADCO conducted only one out-of-competition drug test on Jamaican athletes between February 2012 and the time when the athletes competed at the London Olympics in July.

However, track and field's governing body, the International Association of Athletics Federations, stated recently that it rigorously tested Jamaica's elite athletes during 2012.

The IAAF said it conducted 126 tests on Jamaica's top athletes, with each athlete being tested an average of six times during the year.

In an attempt to head off any perception that Jamaica was not being compliant with the WADA code, Prime Minister Portia Simpson Miller on Monday, August 5, invited WADA to visit Jamaica and an initial date of October 15 and 16 was proposed.

However, JADCO chose to defer until early next year, citing upcoming hearings for Jamaican athletes who failed drug tests during the national championships last June.

Three Jamaican athletes - Allison Randall, Demar Robinson and Traves Smikle - are all set to appear before a JADCO disciplinary panel on December 5 and 6, 12 and 13, and 16 and 17, respectively, and case files for all three hearings have to be prepared by a short-handed JADCO staff.

Preparations also have to be made for a delegation from Jamaica to attend the WADA Conference set for Johannesburg, South Africa, from November 12-15.

The WADA director general described the excuse as unacceptable. Its president, when speaking to the Telegraph, was more caustic.

"The current position is unacceptable to WADA and we're not going to take it lying down, their suggestion that they'll talk to us next year," he told the Telegraph. "To suggest to WADA they're not ready to meet with us to talk about their problem until sometime next year is unsatisfactory. It's totally unacceptable to me and we shall act appropriately within an appropriate time frame."

According to the Telegraph, Fahey said WADA had a number of options it was considering as possible sanctions against Jamaica, home of the world's fastest sprinters.

When asked if Jamaica would be declared non-compliant, Fahey said: "There are a number of options. You can read into that exactly what those words are likely to mean, but I don't want to flag it up."