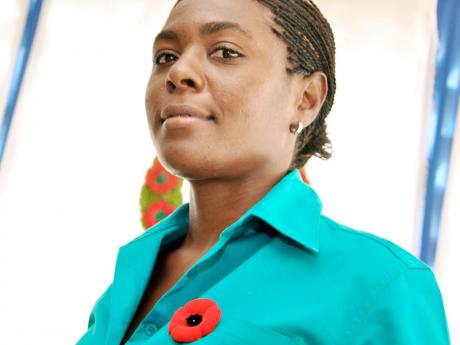 They are 'popping' up everywhere - on lapels, collars and ties.

Synthetic versions of the red poppy flower are seen annually at this time of the year as the Jamaica Legion, an affiliate of the British Commonwealth Ex-Services League, raises funds for destitute ex-military members through its National Poppy Appeal.

Poppy appeal organiser, Warrant Officer Class Two George Blake, said the poppies are being distributed across the island, especially targeting schools. Blake said the appeal was hoping to raise about $5 million this year.

"The poppy doesn't really have a price, but we encourage persons to give as generously as they can," he said.

Blake said it was too early to give an estimate about how close they were to their target. He said persons could give in cash or kind. The funds will go to the Curphey Home for ex-servicemen in Newport, Manchester.

Poppy commemorations conclude on Remembrance Day, marked on November's second Sunday or the one closest to November 11. Also known as Poppy Day or Armistice Day, it is a memorial day observed in Commonwealth countries since the end of World War I to remember the armed forces personnel who have died in the line of duty.

In Jamaica, Poppy Season runs from the first Sunday in October to the second Sunday in November. This year, it culminates November 10. Poppies have become a familiar emblem of Remembrance Day as they bloomed across some of the worst battlefields of Flanders (an area encompassing modern-day France, Belgium and the Netherlands) in World War I. Their brilliant red colour is considered an appropriate symbol for the blood spilled in the war.