Informants in limbo - Still no gov't funding for whistle-blower watchdog 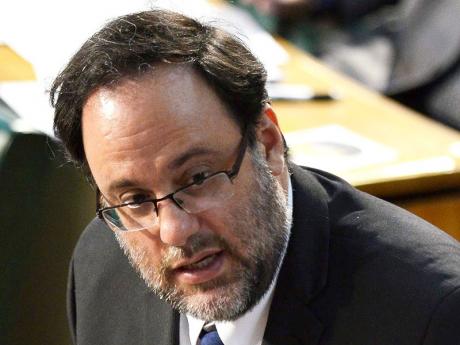 The agency that has oversight responsibility for the whistle-blower act yesterday revealed that it is still not in operation, nearly three years after it was passed into law to encourage more people to come forward with information about wrongdoing.

The delay, according to the Commission for the Prevention of Corruption, has been caused by the absence of the required regulations and the Government's failure to provide budgetary support this financial year.

The commission, which was named as the designated authority for the new legislation in August last year, disclosed yesterday that it requested budgetary allocation to cover the administration of the act, but said this was never approved.

"We have not taken it on because there is no funding provided in our budget," a source at the commission told The Gleaner yesterday.

"I can't tell you if it [funding] is coming in the next Budget, but for this financial year, [it is not in operation]," the source added.

In a swift response, however, Justice Minister Mark Golding admitted that the commission's request for additional budgetary support for "whistle-blowing activities" was not approved by the finance ministry, but dismissed claims that the act was not operational.

"To what extent it is being used, I can't tell you, because I don't have the data. But to say it is not operational is false," Golding declared.

"It is in effect and it gives the workers of this country certain rights if they were to blow the whistle against their bosses," he said, noting that these reports can be investigated by several agencies, including the police.

Added Golding: "It's the commission that is not fully operational as the designated authority because they did not get the required budgetary support."

Mr Golding said that employees can report wrongdoing and it would be investigated by various agencies cited in the act, including the police.

The whistle-blower act, properly called the Protected Disclosures Act, was passed by the Parliament in 2011 and later signed into law by Governor General Sir Patrick Allen.

It is intended to facilitate and encourage employees making, in a responsible manner, disclosures in the public interest.

It also seeks to regulate the receiving, investigating or otherwise dealing with disclosures of improper conduct, and to protect employees who make specific disclosures from being subjected to occupational detriment.

The source at the commission told The Gleaner that in addition to the hiring of additional investigators, the increased funding was being sought to mount a public education campaign on the provisions of the law.

In addition, the source said the commission was never given any regulations to govern the act, but was instead directed to craft a set of procedures that would ensure that public- and private-sector companies are in compliance with the law.

"The act requires that procedures be drafted, but procedures are only guidelines on how to act ... they are not binding," the source pointed out.

Despite this, the commission said it has come up with a set of procedures that are now being fine-tuned.