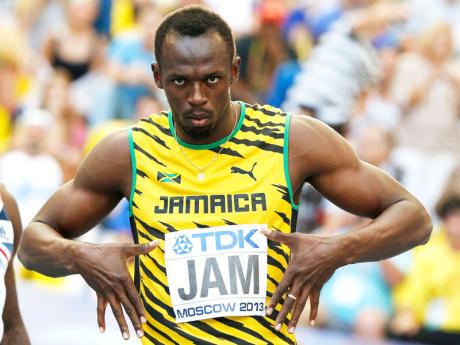 Jamaican sprint king Usain Bolt is among the three finalists announced by the IAAF for the Male Athlete of the Year (AOY) award.

Bolt, who is chasing a record five AOY awards, will be challenged by 5,000m and 10,000 World champion Mo Farah and World high jump champion and Diamond race winner Bohdan Bondarenko.

On November 16, the male and female winners will be announced at the 2013 World Athletics Gala in Monte Carlo.

Another Jamaican, sprinter Shelly-Ann Fraser-Pryce, who won three gold medals (100m, 200m and 4x100m) in Moscow, is expected to be named among the female finalists when that announcement is made today.