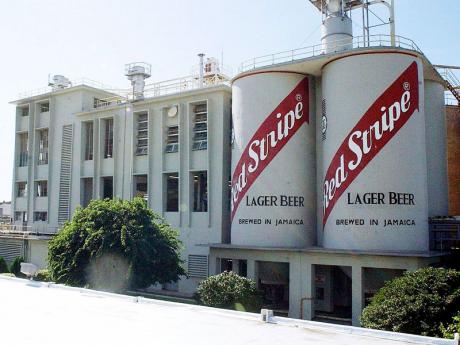 The raspberry-flavoured drink was rolled out to Red Stripe Jamaica shareholders on Friday, ahead of a national campaign which is to start later this month.

The beer has been designed as a "recruitment-driven" product, primarily for 18 to 24 year olds, according to Red Stripe brand manager Erin Mitchell.

"We hope it will have crossover appeal," she said, noting that earlier testing had revealed that the product "definitely has appeal" for both genders.

Burst's clear long-neck bottle features a label that is predominantly red and pink with an image of two red raspberries. The beer is 4.7 per cent alcohol and comes in a 275 ml bottle.

Mitchell would not reveal projected sales for the product. The decision on whether the product would be sold in overseas markets would be made, she said, by Red Stripe teams in the United States, Canada and the United Kingdom.