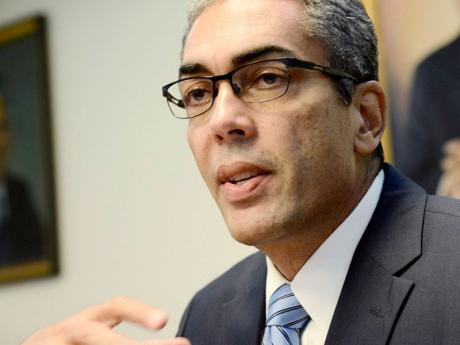 The government has met and, in some cases, surpassed all the key quantitative targets under the programme with the International Monetary Fund (IMF) for the quarter to September, the Economic Programme Over-sight Committee (EPOC) reported yesterday.

According to the latest communiqué issued by the private sector members of EPOC, significant positive variances on expenditure to the budget amounting to $10.9 billion - of which interest expense savings of $5.6 billion was the largest - allowed central government to record a fiscal deficit of $6.6 billion, $10.4 billion better than budgeted.

"What all of that says is that the management of the finances of the country is improving. We are borrowing less. We are using our revenues more effectively," co-chairman of EPOC, Richard Byles, told a press briefing in New Kingston yesterday.

Byles said the Bank of Jamaica recently released balance of payments information for the quarter March to June 2013, which indicated a current account improvement of US$201 million relative to the same period in 2012.

"Again, this is a positive development. It means that we are not buying so much more than we are selling and indicates that the economy is becoming a little bit more balanced than it was before," he added.

EPOC said the savings emanated partly from a lower volume of oil imports, as well as a reduction in imports across a wide cross section of goods. Imports of consumer goods contributed some US$80 million to the improved current account, it said.

The oversight committee, which is monitoring the four-year IMF programme, noted that the 2013 World Bank Doing Business Report indicated that for the seventh consecutive year, Jamaica has slipped in the global rankings.

"This is of concern since this slippage is not conducive to private sector-led growth and job creation," it said.

But Byles suggested, "That measure was taken up to, I believe, about May of this year, which is prior to the start of the IMF agreement in earnest, and therefore, some of the reforms that have been instituted since then are not accounted for in that index."

However, he added, "That's not an excuse, I must say. The fact is that even when we made some improvement, the rest of the world who are our competitors have made more improvements, and I think what it is indicating is that we need to work faster, reform quicker and reform more deeply."

EPOC said it was urging a more strategic approach, drawing on the Social Partnership and the creation of a focused and properly staffed and resourced implementation unit in order to urgently address the issue.

It also pointed to the latest Jamaica Chamber of Commerce index of business confidence which reflected an almost all-time low in confidence among the business community, noting that "this is in sharp contrast to the key performance indicators of the economy".

However, EPOC said the positive economic indicators signalled that the foundation is being laid for a more stable and transparent economy.

"The facts about the economy are generally pointing in the right direction," Byles said. On that basis, EPOC concluded that is cautiously optimistic about the future of the economy.

"I think that means that the private sector needs to look beyond some of the things that are of concern to them and everybody, the exchange rate movement, in particular. I think that is one of the main ingredients in the lack of confidence," the EPOC co-chair added.

"For the Government, they need to reinforce some of the positives that are developing in the economy with more action on the doing business side," Byles said.

"It doesn't cost us money. We don't need a budget. We don't need foreign exchange to do these things. I believe a little more political commitment to get some of these changes done will have a positive effect on general business confidence," he declared.