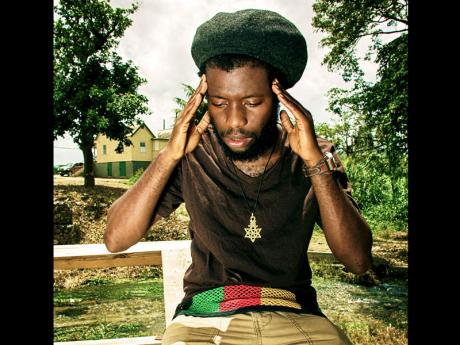 The teachers and students at Cheesefield Basic School in Linstead, St Catherine, have something to smile about today, after reggae artiste Iba MaHr, along with fellow alumnus Demane Harvey, donated computers and charity-raised funds for the institution on Monday.

The basic school lacked efficient learning equipment, knowledge of which led the artiste to merge his resources with the Linstead community to host a charity initiative and concert called Da Real Thing.

The concert was hosted on October 25 and featured performances from Iba MaHr, Sizzla Kalonji, I-Wayne, Rasta Bogle, Smokie Benz, among others.

According to the artiste, who is now on a United States (US) tour, the charity event will be hosted annually, as he and Harvey are both committed to assisting in the development of their former school and, by extension, the Cheesefield, Linstead, community.

"For me, there is no place like home. The Cheesefield Basic School has played a very integral role in my earliest development, and it is only fair that as I advance myself in life, wherever possible, I'd try my best to also advance the people and things that aided me in my development," he said.

Mrs Ailalee Myers-Gordon, principal of the school, was presented with a cheque valued at $20,000 along with the computers.

Iba MaHr and Harvey also gave the principal their word that more contributions would be made to the early-childhood institution in the coming years.

Myers-Gordon expressed gratitude on behalf of the students.

"On behalf of the entire school, I would like to thank you guys and all the artistes who helped to make this possible for us," she said.

The Cheesefield Basic School was founded in 1955 and is regarded by some as the landmark of the humble community of Cheesefield.

Iba MaHr is expected to spend the entire month in the US, after which he will set sail to Canada for another string of performances.