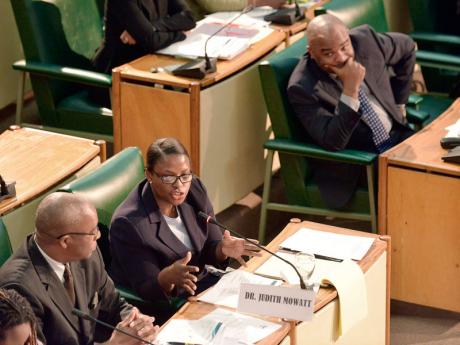 COMMISSIONER OF the Independent Commission of Investigations (INDECOM) Terrence Williams says every fatal shooting by the police which was investigated by members of the force alone constituted a constitutional breach or a breach of the right to life.

Williams was responding to a query by National Security Minister Peter Bunting who wanted to know whether such investigations conducted by the police alone, prior to the establishment of INDECOM, were a constitutional breach.

The discussion took place yesterday during a meeting of a joint-select committee examining the INDECOM Act in Gordon House.

Giving further details, the INDECOM boss said that if there was a scene where a member of the public was killed by an agent of the state, "it would be a breach of the right to life if that scene was examined without an independent investigator examining the scene."

Citing a leading authority in a Dutch case called Ramsahai versus the Netherlands, Williams said the deceased had stolen a vehicle and drew a firearm at the police and was shot.

He argued that while the shooting of the deceased could have beendeemed as justified, the processing of the scene by investigators from the same police force led the European Court of Human Rights to conclude that there was a breach of the right to life because there must be an independent investigation.

"There should be no institutional or hierarchical connection between the investigator and the person who fired," Commissioner Williams noted.

He told the joint select committee that a similar criticism was made against the State in the Michael Gayle case.

"The Michael Gayle case is very clear on that - that we had breached the right to life because we did not have effective independent investigation."

Gayle was beaten by members of the security forces in Olympic Gardens where his family lived. The incident occurred in August 1999.

The mentally ill man, who attempted to breach a curfew manned by members of the security forces, died from his injuries at the Kingston Public Hospital two days later.

Williams' claim of a constitutional breach if the police alone investigated a fatal shooting by their colleagues was not challenged by either the Jamaica Defence Force legal counsel Lieutenant Colonel Patrick Cole or Sergeant Raymond Wilson of the Police Federation, who participated in the deliberations.