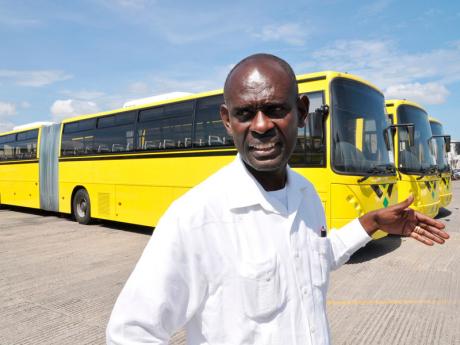 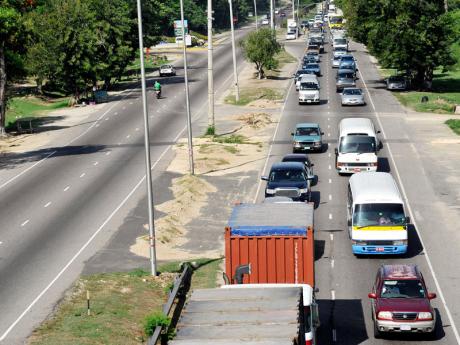 A traffic jam along one side of Mandela Highway. The dedicated JUTC bus lane system, implemented on weekday mornings, is designed to facilitate a better traffic flow. -File
1
2

During earlier trial runs, which took place on October 24 and 29, motorists and commuters had complained about delays, as westbound lanes of the dual carriageway had been converted to two-way traffic.

Clarke said since the extended trial period, he has not received any complaints.

"It has been progressing perfectly. The naysayers were just wrong and I thought that, from very early, that as soon as people understood what we were trying to achieve, they were going to cooperate.

"They are cooperating now. I have taken the regular traffic myself. I have put myself through it each morning, and what I have found is that it is progressing smoothly," Clarke said.

This turned out to be his longest travel time, so far, during the extended trial period.

"I took it this morning (Tuesday) and it took me 14 minutes. Well, I am not hearing any complaints now and nobody is calling us to curse us off," Clarke said.

He also mentioned that since the opening, JUTC buses have been transporting more passengers into Kingston from Spanish Town in the mornings, and pointed out that the same has been happening with private bus operators.

"Because of the freeing up of the lanes, the drivers who drive the other buses have been carrying more people too, because by 8 a.m. most of the people who you would see in Spanish Town, struggling to get a vehicle to go to Kingston, that's no longer," Clarke said.

Afternoon openings of the lanes have been put on hold following the chaos that ensued during the first dry run in October. The JUTC is now focused on perfecting the morning changes.

Opposition spokesman on transport, Karl Samuda, recently said he was not in agreement with the new bus lane.

Instead, he is suggesting that Mandela Highway be widened to accommodate the high number of vehicles traversing the roadway each day.