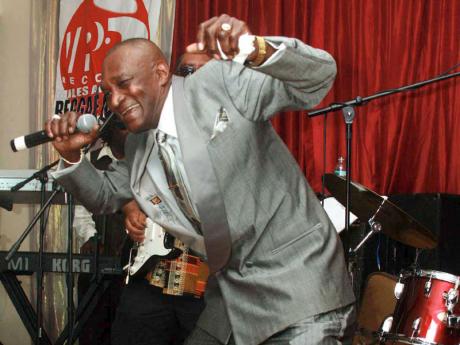 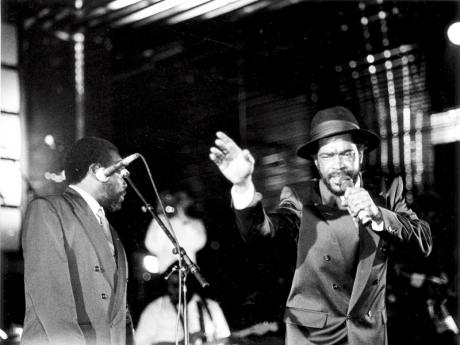 Although Brent Dowe has been hailed by many as the man behind The Melodians and the one who went on to achieve most success as a solo recording artiste, Tony Brevett must lay a strong claim as the man who secured the group's position as one of the top Jamaican vocal trios of the 1960s.

Brevett passed away two weeks ago and we are remembering him for his enormous contribution to the group and, by extension, to the establishment of the rocksteady beat.

The establishment of that beat, which to a layman's understanding was a slowed-down version of its predecessor, ska, was perhaps the most important episode in Jamaica's music history.

It exerted an undeniable influence on almost every subsequent Jamaican music development, shifting the rhythmic focus from the horns that dominated ska and on to the bass and drums, which has remained a feature of all later recordings, from dub to reggae and dancehall.

For this reason, people like Brevett and others, including musicians, deserve every ounce of recognition and praise that is showered upon them.

The nephew of late Skatalites basist, Lloyd Brevett, Tony was born in 1949 and grew up along Salt Lane in western Kingston at a place called Back-o-wall, now known as Tivoli Gardens.

The third member of the group, Trevor McNaughton, some four years Tony's senior, conceptualised the idea of forming the group and contacted his 14-year-old friend Brevett, who had recently gained some recognition on local talent shows.

Brevett, in turn, got hold of his friend, the Greenwich Town-bred Dowe, and "that's how the union came about," according to McNaughton.

The group basically remained unchanged during its lifespan, except for a couple of sporadic incursions by Bramwell Brown and Ranford Cogle who were tried at the outset, and a guy named Vin at the end.

Cogle, in fact, became a foundation songwriter for the group.

In a recent interview with McNaughton, who now resides in Florida, he explained that the trio started out with Brevett singing lead and got their earliest exposure at Son Batson's Place along Maxfield Avenue.

Some time after, the group recorded some undistinguished pieces for Prince Buster, before Ken Boothe introduced them to Studio One, where the first hit came, a transitional half-ska-half-rocksteady piece titled Lay It On, sung by Dowe (lead vocals), McNaughton, Brevett, and Bramwell Brown. It was perhaps the only occasion on which they recorded as a quartet.

The advantage of possessing two exceptional lead singers in Tony Brevett's warm baritone and Dowe's anguished tenor, in addition to Trevor McNaughton's excellent harmonies, placed the group in the highest echelons of three-part Jamaican harmony groups, alongside The Heptones, The Techniques, The Paragons, and the Gaylads.

Many musicologists, however, tend to agree that, as far as melody is concerned, they hardly had an equal.

Leaving Studio One to record for the label's arch-rival, Duke Reid, was a giant step for The Melodians.

With hits spanning the mid-to-late 1960s to the early 1970s, The Melodians stuck mainly to the theme of love.

It was given full expression through the lead vocals of Brevett. In one exceptional rocksteady tearjerker, backed by Tommy McCook and the Supersonics, Brevett sang:

You've caught me baby, for I'm falling in love with you

so there ain't nothing left for you to do

We gonna have happy times together

We gonna live a life for each other

And tell the world of our new found love.

You've Caught Me Baby was the group's third recording for the 'Duke', following close on the heels of I'll Get Along Without You, led by Dowe and You Don't Need Me, led by Brevett. The lines of the latter ran in part:

I hear them say you don't want me, you don't need me, not anymore

The road of life is so rocky, and someday you might fall back on me.

I will forgive you, I know that I will, but you'll never get away

Someone will make you pay.

In 1968, the group moved to the only female producer in the business, Sonia Pottinger, and continued a musical onslaught in tandem with Lynn Taitt's magical guitar and group. Brevett again led on one of the most popular recordings of the rocksteady era (Swing and Dine), as he implored a party fan to:

Swing and dine and dance for your money.

I can't believe you want to leave so soon, the party's just began, don't go away

The music is sweet for your dancing pleasure

You won't believe, it has no measure.

Perhaps Brevett's crowning achievement was as a solo artiste on the early 1970s Links-produced hit Don't Get Weary, which was a big seller at home and abroad.

The prospects for overseas travel and better pay led The Melodians to producer Leslie Kong in the early 1970s. They went on an overseas engagement, with Dowe being the only member of the group to return.

But The Melodians were more than business partners, they were the best of friends and maintained constant communication to the very end, while doing occasional shows at home and abroad.

McNaughton, who performed lead vocals on the Beverleys-produced recording, No Sin At All, bemoans the fact that, after their mammoth contribution to Jamaican music, most of which has not been mentioned here, they are yet to receive any kind of recognition in terms of national honours.

Though he is now approaching 70, McNaughton recently appeared on a Florida show with Stranger Cole and was instrumental in the planning of Brevett's funeral, which took place in New York yesterday.