Wray & Nephew gets into Christmas 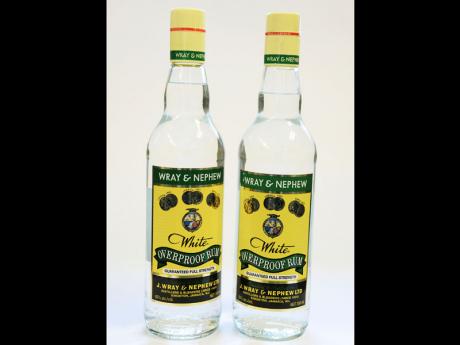 In an effort to continuously rejuvenate and re-energise consumers, J. Wray & Nephew recently unveiled plans for its Christmas campaign.

"We have all that is necessary to purvey our brand to the world. Wray & Nephew White Overproof's new campaign is to support this great brand," said Clement 'Jimmy' Lawrence, deputy managing director.

Though the full extent of the campaign is yet to be announced, Cecil Smith, group brand manager of rums, added that it was created to celebrate the simple victories in Jamaica.

After debuting a new advertisement surrounding the campaign, host Pretty Boy Floyd, alongside the Flava Unit sound system, got the crowd amped up for the performances.

Agent Sasco was up first and showcased his versatility and lyrical genius with hits like Hand Inna Di Air, Nothing At All, Nah Sell Out, Step Pon Dem, and Ruffest and Tuffest.

His high-energy set was punctuated by social commentary and interaction with his fans. After removing his shirt, much to the delight of the adoring ladies in the audience, he launched into his hugely popular hit Something's Gotta Give.

With his set winding down and fans still begging for more, Sasco, formerly known as Assassin, obliged with one last song.

"This song is dedicated to the people in HR and the finance department," he said before segueing into Hand to Mouth, which earned resounding agreement from the audience.

Aidonia was up next and did not disappoint. Entering the stage with his signature 'Nah laugh wid di road' chant, the artiste was in a militant mood. Songs such as Wi Sick, Bad People, and High Up Deh all earned huge forwards for the deejay.

After paying homage to his mentor 'the warlord', Bounty Killer, Aidonia did songs such as Tip Pon Yuh Toe, Jockey, and Caribbean Girls.

The ladies took to the front of the stage, trying to outdo each other with their dance moves.

"Mi buss inna 2005 and mi always stay consistent. Some people nah gimme my recognition, but big up all a di people dem who seh Aidonia."

While fans flocked to the bar after the amazing performances, they were in for another treat as Tarrus Riley took centre stage.

His set included fan favourites such as Chaka Zulu Pickney, Beware, Lion Paw Never Leave I, and Sorry Is a Sorry Word.

The energy of the audience rose when Riley performed Good Girl Gone Bad and a remix of Robin Thicke's Blurred Lines.