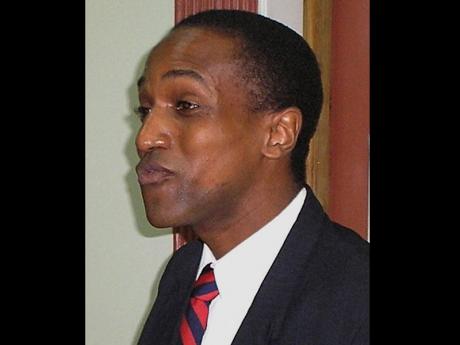 THE RIGHT of freedom of expression does not give anyone the right to use any other person's property to disseminate his views, the Constitutional Court ruled yesterday when it threw out a claim against three television stations.

Gay rights activist attorney-at-law Maurice Tomlinson had brought the claim against them.

"This is a landmark ruling for freedom of expression," said attorney-at-law Georgia Gibson-Henlin who represented Television Jamaica Ltd, one of the three defendants.

Gibson-Henlin said it was one of the first rulings under the Charter of Rights and Freedom as to whether it applied to private rights.

"I believe it is one of the first rulings that affirm the importance of editorial and journalistic discretion," said Gibson-Henlin.

She said the claimant indicated that he was going to appeal the ruling and she added that media would be vigorously contesting any appeal.

The other defendants in the case were CVM Television Ltd and the Public Broadcasting Corporation of Jamaica. The issue of legal costs will be decided by the court at a later date.

Tomlinson, a Jamaican national and an advocate for changing laws and attitudes in favour of homosexuals, had asked the three defendants to broadcast a 30-second video for a fee, speaking to the issue of accepting homosexual men for who they are.

The defendants did not respond and Tomlinson filed a claim in which he contended that the refusal amounted to a breach of fundamental rights and freedoms guaranteed by Chapter Three of the Jamaican Constitution. He asked the court to declare that his rights were breached and also make an order compelling the defendants to broadcast the video.

In its unanimous decision, the court comprising Justice Paulette Williams, Justice Bryan Sykes and Justice Leighton Pusey, held that Tomlinson had sufficient interest in bringing the claim because he was a Jamaican national and the alleged breach took place in Jamaica.

Tomlinson, the court said, was obliged under Section 13 of the Charter to respect and uphold the rights of others, including TVJ and CVM, and their right included the right not to speak out, and so could not be compelled to speak Tomlinson's message.