Greene: US sprinting in trouble 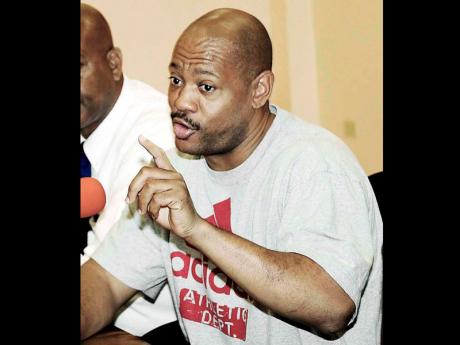 MONTE CARLO, Monaco:Four-time world champion Maurice Greene believes it will be a long road back for American sprinters in their attempt to wrestle the sprinting throne from Jamaican Usain Bolt and other Jamaicans like Yohan Blake.

No American sprinter has won an Olympic or world 100m or 200m title in six years, and Greene, who won the 100m at the Sydney Olympics in 2000, as well as three 100m and one 200m world titles during his career, also called for more clashes among top sprinters and questioned the passion and commitment of some current sprinters such as American Ryan Bailey.

"The USA's 100m and 200m team is in trouble," said Greene to reporters here ahead of the IAAF's Awards ceremony and Gala.

"I'm still looking (for next top American sprinter). Yes, we are in trouble. I don't see enough of the male athletes producing the times that I believe that they should be producing and I think they will need by 2016 at the Rio Olympics," Greene said.

"I've seen a couple of guys that I think have the potential, but they are doing so many things wrong, but it all depends on how they progress and come along, but it really looks dim for the US sprinters," Greene added.

"The thing that our era had was a lot of passion and we really worked hard, and I think the things that I see now is the athletes nowadays expect things to come to them a little too easily," the American added. "They see how all of us were out there performing and they all want the fame and the glamour, but they don't know how we got there. We got there with hard work, determination, blood, sweat and tears every day."

The 39-year-old, who now hosts an athletics programme on Eurosport and works closely with kids in the US, would also like to see more clashes between the top sprinters on the circuit.

"I think it would be better if athletes gave people what they want to see, and that is more competition among top athletes. I was a person who would go up against anybody, anytime, I don't care," Greene said before pointing to his doubts about 2012 Olympics fifth-place 100m finisher Bailey, who at 24 years old has been hailed in some quarters as the great American sprinting hope.

"A lot of things always happen to him. He has a lot of people in his ear also, and I think he is going to have to sit down and stick to a plan. He can't go on listening to four or five people, which always messes you up. He gets in his own way. He certainly has the potential and ability, but I don't see it with the road that he is going on," said Greene.