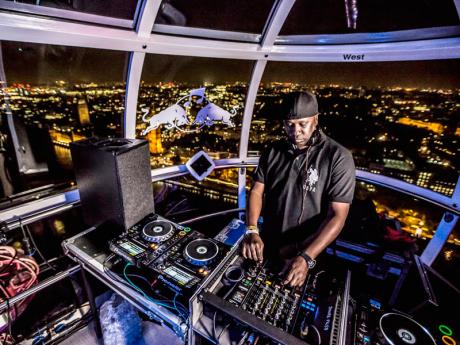 Todd Terry performs at Red Bull Revolutions In Sound on the London Eye in London, United Kingdom on November 14, 2013. - Contributed

Thursday night the culmination of a year's-worth of celebrations ended as Red Bull Revolutions in Sound swept into the EDF Energy London Eye, making its mark in history.

Following a jam-packed programme of events to mark 15 years of Red Bull Music Academy, 30 clubs and over 100 artistes took to the skies for a celebration of UK club culture.

With performances that stretched across genres, eras and postcodes, highlights came from Mark Ronson playing a vinyl-only DJ set alongside Lily Allen who gave an animated rendition of new single Hard Out Here. Elsewhere, Katy B joined Skream for a one-off sky-high collaboration, whilst Richie Hawtin returned to his roots in the Lost capsule and Rudimental let rip above the city that inspired their meteoric rise.

Featuring a cherry-picked roster of the key players from UK nightlife over the last few decades, nocturnal ambassadors included everyone from Cream to Corsica Studios, Blitz Club to Boiler Room, FAC51 Hacienda to Fabric, YoYo to Young Turks, The End to Eskimo Dance, Metalheadz and more, stepping up to host their own capsules, and bringing the best of past and present together for an unforgettable night.

As capsule-goers made their musical orbits, 2000 punters shook the pavement in silence, as the likes of 2 Bears, Jackmaster, Felix da Housecat and Ashley Beedle, battled it out in the Silent Disco at the foot of the iconic London Eye.

The record-breaking coverage clocked up more than one million views with Channel4.com and YouTube hosting the 31 streams, covering each capsule to bring the action from the South Bank to the sofa.