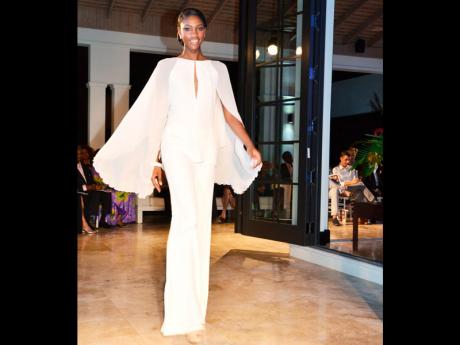 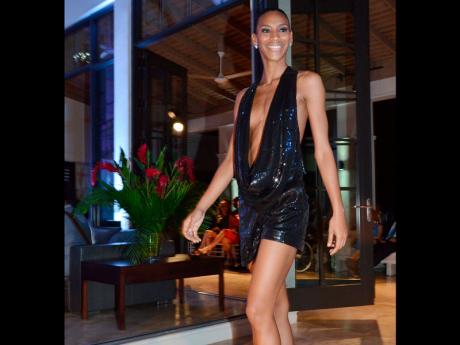 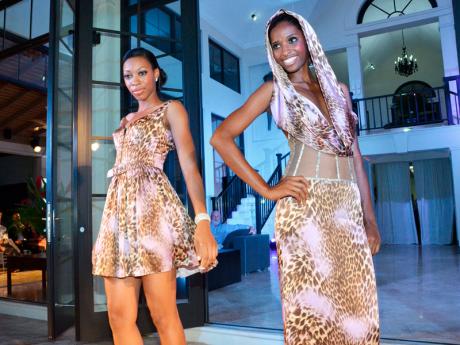 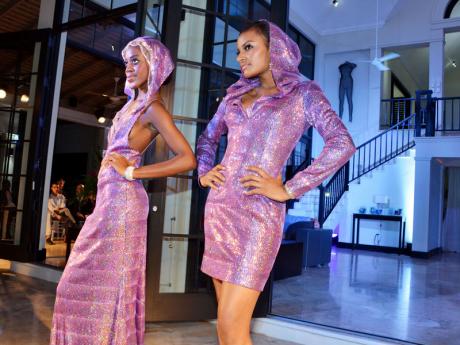 The inspiration behind these two pieces is the inner bulb of a hybrid orchid created here in Jamaica called Encyclia plicata, this specie is usually found in Cuba and The Bahamas. 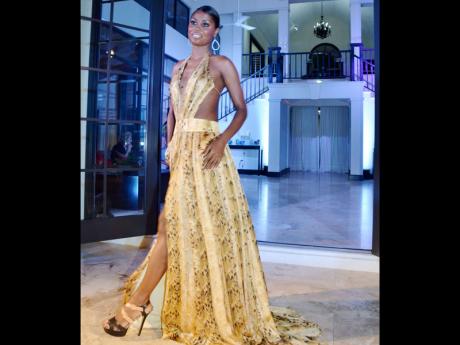 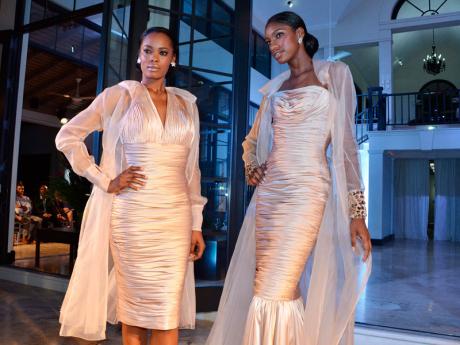 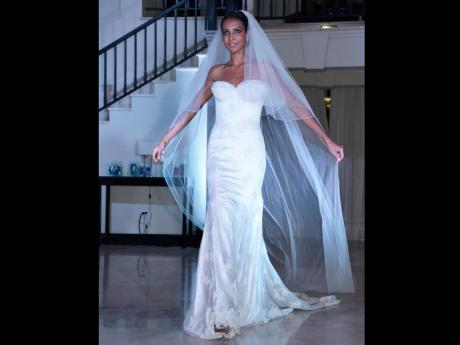 This wedding dress is made of French lace and is hand-embroidered with beads and pearls. The veil is tulle.
1
2
3
4
5
6
7

Not many designers explore the length and breadth of a country before beginning their designs. UK-based Danish designer Isabell Kristensen did exactly that, paying a compliment to Jamaica and Jamaicans.

Kristensen accepted the invitation of long-time friends Andrew and Theresa Roberts, and unveiled the magic in their fabulous home. From the look of awe on the faces of the discerning fashion aficionados in attendance, it was clear that they have never witnessed anything like it on Jamaican soil.

The production was effortless, the professionalism flawless and the hand-picked Jamaican models made good of their time spent on an international stage.

"Jamaica possesses a unique natural beauty derived from both its wildlife and its people, something we discovered when we did our research on the island," revealed Martin Kristensen, Isabell's son and road manager.

As she discovered Jamaica's full beauty, Kristensen was almost overwhelmed by it and immediately set about designing. "Of course, there are many beautiful places around the world, but Jamaica is truly beautiful," said Kristensen, who drew her inspiration from the island's native flora, especially the orchid, and our fauna, particularly the island's colourful birds.

"They are so full of colour and beauty and move with such elegance, the Jamaican national bird, the Doctor Bird, is the best example of this. Its tail feathers and the way it flows in flight are especially enchanting," she noted.

This was Kristensen's goal in designing the Hummingbird piece, as she wished to create something that was truly graceful and as beautiful as the bird. But according to Martin, the designer was able to make the most unlikely of things beautiful. "For example, Isabell has never seen any beauty in snakes, yet there is a species native only to Jamaica, the Jamaican Boa, which has distinctive, beautiful, golden-yellow scales. When Isabell saw it, she was so taken by it, it inspired the designs for part of her collection."

Having a fashion show with clothes that looks like they were painted on the models is synonymous with Kristensen, who has worked on several major projects, including the wardrobes for numerous motion pictures - most recently, she was the costume designer for Shanghai Baby, which features her couture range and ready-to-wear line.

Kristensen has also indulged in her love for interior design and created a home-wear line, featuring a beautiful range of embroidered and uniquely designed bed sheets, towels, bathrobes, etc.

At Dusk to Dawn, Kristensen also unveiled pieces from her bridal collection that features gowns made from silk duchess satin, French laces, hand-made roses and silk tulle. Her gowns are hand-beaded, hand-embroidered and hand-pleated with pearls.

While on the island, Kristensen requested some good Jamaican rum cake. "I ate rum cakes for two weeks, all I want in my suitcase going back home, are rum cakes," she quipped.