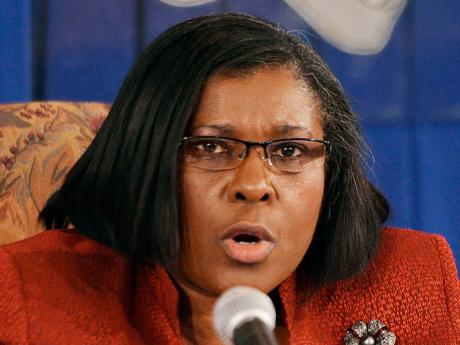 Audrey Sewell, permanent secretary at the Ministry of Transport, Works and Housing, says Jamaica's development is being continuously hindered by the frequency of road crashes.

"Jamaica is at a point where we are continuously contemplating how to manage and mitigate several challenges that confront us. Most of the emphasis in this regard is placed on economic development with the attendant social improvement. However, besides the fiscal and infrastructural challenges that are seeming to limit our ability to bolster greater growth, there is another serious impediment to development," Sewell said.

"That obstacle is traffic crashes," she added.

The permanent secretary was speaking at the National Road Safety Council's (NRSC) church service in observance of World Day of Remembrance for road-crash victims at the Faith Cathedral Deliverance Centre in Kingston yesterday.

She noted that the nation is "becoming increasingly dependent on young people to take up the mantle of technological innovation, educational reform and entrepreneurial enterprise" and argued that traffic crashes retard the country's progress.

"Simply put, invariably the young people are our future. It should then make all of us pause and consider our collective future when research has shown that traffic accidents are the biggest killers of young people worldwide," Sewell said.

The police traffic department says that as of Saturday, there were 230 crashes on the nation's roads which have resulted in 261 fatalities. When compared with the identical period last year, there have been 31 more crashes this year and 36 more deaths.

"Not enough is said about the many Jamaicans under the age of 24 who have lost their lives on our roads since January this year. Fifty-eight persons under 24 have been killed as a result of road crashes. It is our young people who are worst affected on this global scale with the biggest source of fatality being among 10-24 year olds," she added.