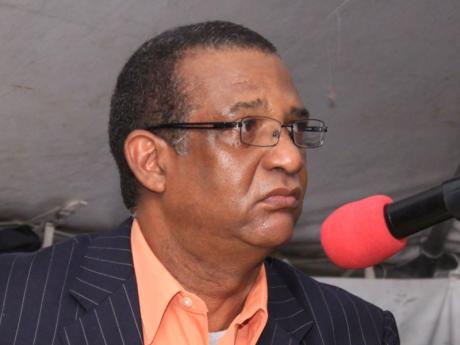 As deadly gang violence continues to rage across the island, leaving hundreds dead since the start of the year, a prominent security consultant is suggesting that the authorities are focusing on the wrong targets in their bid to break the back of vicious criminality in many communities.

Police data point to a spiral in murders over last year, the bulk of which have been attributed to bloody gang feuds that are having a bruising effect on Jamaicans.

It is now two months shy of three years since Police Commissioner Owen Ellington issued directives to his subordinates to tackle gangs with a vengeance.

But 22 months later, residents of numerous communities continue to cower in fear as the bloodletting continues unabated with gangs shouldering the blame for the murder and mayhem.

Police data show that of the 1,056 murders reportedly committed up to last weekend, 828 - or 78 per cent - were gang related, even as head of the policy directorate, National Security Minister Peter Bunting, leads a parliamentary team examining a package of anti-gang legislation.

Security expert Robert Finzi-Smith yesterday considered whether the work of the police was all in vain, with the proliferation of deadly gangs terrorising traditionally volatile communities and spreading their tentacles beyond these areas.

Finzi-Smith suggested that the focus of the authorities (both policy and operations) had gone awry.

"You cannot kill a flea with a sledgehammer and then be surprised, act surprised, that the concrete beneath it cracks," he asserted. "I don't claim to have the answers, but obviously, we are asking the wrong questions."

He maintained that tough policing, through anti-gang legislation and other means, cannot be the answer to what is an obvious social ill.

"We are still having living conditions that almost necessitate an ongoing battle for supremacy," argued Finzi-Smith. "And I am not speaking from a political, but a societal point of view, where there are unfortunate living conditions."

Clearly buoyed by the suppression of gangs in the aftermath of the west Kingston incursion in 2010, Ellington had talked tough.

"We will intensify our assault on organised crime through an expanded counter-gang strategy, which will seek to disrupt, defeat, degrade the capabilities of, and deny, organised [criminals] the freedom to operate in a manner which they previously enjoyed," the commissioner had said then.

Three months after Ellington spoke, in March 2011, police commanders boasted that they were winning the fight against gangs. They claimed that they had significantly disrupted some of the country's deadliest criminal gangs ahead of the March 31, 2011 deadline the commissioner had set.

But these victories now appear to have been short-lived.

Finzi-Smith said one question that must come into the mix as the move is made to dismantle gangs and their brutish behaviour is: "Did you and your child eat today, and if not, why not?"

The Jamaica Constabulary Force Periodic Serious Crimes Review noted that the 1,056 murders reportedly committed up to November 16 had climbed from 656 gang-related murders, or 67 per cent of the 974 reported for the corresponding period in 2012.

Finzi-Smith, a noted consultant on crime control who serves as, among other things, director of safety and security at the University of Technology, suggested that the gangs wreak further havoc because the authorities are looking in the wrong places for the right answers.

Finzi-Smith said most of the communities and locales where gangs thrive exist where dons attempt to control residents in the areas to make the best of a bad situation.

"For example, access to one standpipe and unfettered access to the one pit latrine remain features of these communities," he said.

"If we have learnt nothing else in these situations, we have learnt that fear is a great motivator in people, allowing you to do what you wish," asserted Finzi-Smith. "(We need to) look at areas in more a case of 'Would I allow my child to grow up there?' rather than the number of votes available."