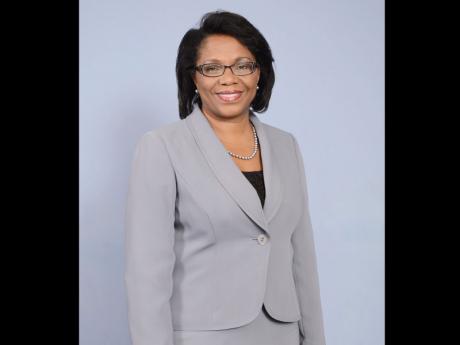 Maureen Hayden-Cater, president of the Bankers Association of Jamaica (JBA), says it will cost local banks more to handle any increase in business arising from recent amendments to the Proceeds of Crime Act (POCA).

The law now limits the amount of cash for transactions to J$1 million. Critics say it will funnel more business to the banks, while increasing transaction fees for their customers.

"It has been totally taken out of context and the suggestion has been made that the banks will benefit from this because of how much money they are going to charge for fees for writing cheques," said Hayden-Cater in an interview with Wednesday Business.

"The opposite is true," she said. "it is additional work and staffing."

Hayden-Cater, who is also president of First Global Bank, said Jamaica was some 15 years behind in implementing a measure that will help prevent its blacklisting as a money laundering centre, and which is already in place in jurisdictions like the United States (US).

"All of us need to take responsibility, otherwise Jamaica can become known as a place where money is laundered easily. People literally send money to Jamaica to be laundered. The next step could be that we are blacklisted," she said.

POCA was amended on October 15. The limit on cash transactions is expected to aid in tracing illicit proceeds, and also create the necessary paper trail to assist the tax authorities in going after such assets.

Hayden-Cater stressed that should cash begin to flow into the bank in higher volumes, and were more people to request cheques, it would add to the banks' workload.

As to what the costs might be, Hayden-Cater said it was not easy to determine.

"There is the cost of holding cash for a time, then the cost of moving it from your vault to the central bank and - in the case of hard currency - it has to be sent by plane to other jurisdictions," she said.

She adds that, in time, Jamaicans will realise that it is cheaper and safer to use the automated clearing house system cheque cashing or real time gross settlement systems — which is for transactions above $2m — to move money and make payments.

"The alternative (to cash) is to send the money from your account to the person's account," she said.