And the Ban is on! Teacher launches campaign to boycott T&T products 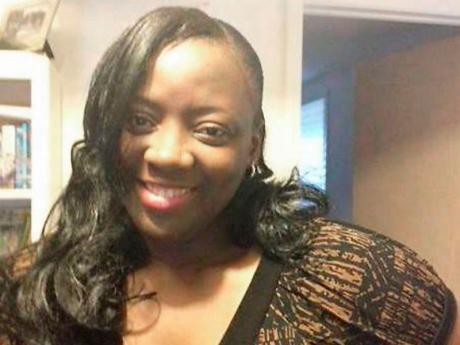 AS THE implications of a move seemingly aimed at blocking Jamaicans from entering Trinidad and Tobago soak in, a consumer-oriented Facebook campaign urging Jamaicans to boycott products imported from that country has grabbed the support of scores of consumers on local shores.

But not only are the local consumers ready and raring to go, influential segments of the commercial sector, as well as the Parliamentary Opposition, appear eager to come on board.

While the campaign has targeted Trinidad and Tobago, Barbados has not escaped attention.

The campaign, initiated by rural primary school teacher, Kesreen Green Dillon, was launched last week amid mounting allegations that the CARICOM neighbours are flouting the free-movement provisions of the Treaty of Chaguaramas by blocking Jamaicans from entering their shores.

With support growing, there are suggestions that Jamaicans should also boycott the famed Carnival in Trinidad even as a list is being compiled of all Trinidadian products sold in Jamaica.

Armed with her slogan, 'Boycott All Products Made In Trinidad and Tobago: Jamaicans Let Us Unite For A Cause', an obviously seething Green Dillon asserted that enough is enough.

"I am tired of seeing Trinidad and Barbados treat other member states, especially Jamaica, like second-rate citizens," she told The Gleaner. "The patty war is fresh in my mind and the number of Jamaicans turned back from their shores annually."

Even more unacceptable for Dillon is the "far from neighbourly comment" of Trinidad's prime minister, Kamla Persad-Bissessar, that countries affected by hurricanes had to show how Trinidad can benefit from those countries before they lift a finger to help.

Declaring that the conduct of Trinidad and Tobago has been anything but neighbourly, Green Dillon argued that it is time that Jamaica sends a strong message that 'enough is enough'. "How could I forget how they treated the Jamaican staff after the sale of Air Jamaica?" she added.

Karl Samuda, opposition spokesman on industry and commerce, yesterday voiced his support. "This action makes a mockery of the spirit of the Treaty of Chaguaramas and the Trinidadians must be roundly chastised for the attitude that they have adopted with respect to Jamaica and Jamaicans in particular."

Samuda predicted that Jamaica would not see any positive result in its bid to forge improved working relationships with Trinidad until that country begins to feel it where it hurts most - in its pockets.

"We should not have a situation where a country's producers are benefiting tremendously from our markets and, at the same time, breaching the provisions of the Treaty of Chaguaramas with respect to the free movement of Jamaicans throughout the region," he said.

President of the Jamaica Manufacturers' Association, Brian Pengelley, could not be reached for comment yesterday, but last week, a member of that organisation, managing director of the Wisynco Group, William Mahfood, stressed that something had to give.

Green Dillon said: "Based on the treaty, our Government cannot block imports from member states or sanction a boycott of their goods. However, if we do not buy them, they will have no choice but to either start treating Jamaicans better or find another country that will buy their goods."

Samuda, a former industry and commerce minister, also had strong words for Barbados. He was also critical of the stance taken by Foreign Affairs Minister A.J. Nicholson that Jamaicans should not ban imports from Trinidad and Tobago as a retaliatory strike.