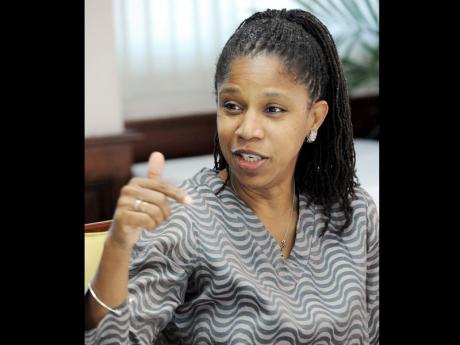 CAROL NARCISSE, convenor of the Jamaica Civil Society Coalition, has taken the Jamaica Teachers' Association (JTA) to task for recent public utterances that she said have been doing more harm than good to the profession, and has called for the leadership to embrace a more wholesome approach in confronting the issues.

"I want to say here today that the Jamaica Teachers' Association is falling below the mark in its public presentations so far as are being broadcast by the media," said Narcisse, while addressing the 2013 graduation class of Sam Sharpe Teachers' College at the Montego Bay Convention Centre yesterday.

"Shouting, scare mongering, chest beating, name calling and behaviour bordering on thugishness from the leadership, do more harm to the profession's reputation than good," she added.

The JTA has had several spats with their employers - the Ministry of Education.

Earlier this year, Mico University College lecturer Doran Dixon, who is now president-elect of the JTA, characterised a dispute between Minister of Education Ronald Thwaites and the island's teachers over entitlements as being between a mongrel dog and a lion-hearted cat.

At a separate meeting, another senior member of the group, Paul Adams, said the education minister must have been injected with cocaine.

Narcisse, a past student of the St James-based institution, challenged the graduants to go beyond their fears and make a difference.