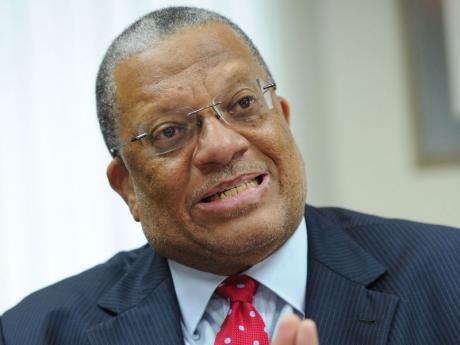 FINANCE MINISTER Dr Peter Phillips has warned against any premature celebration of recent improvements in the country's economic development, noting that there are still serious steps to be taken to build on these achievements.

Chief among these are measures to address the leakage of revenue from tax incentives and waivers.

Growth has returned to the economy, Dr Phillips told Sunday's regular meeting of the National Executive Committee of the People's National Party at Portmore Pines Plaza, St, Catherine, but much more will have to be done to sustain it.

Noting that international rating agencies have begun to take notice, the finance minister warned against complacency.

He said while it was okay to be optimistic about the future, neither Comrades nor Jamaicans in general should believe that the hard work and sacrifice required to strengthen the country's economic position were at an end.

In fact, Dr Phillips warned it is vital that everyone remains steadfast in holding to the course that has been prescribed, in a detailed and studied manner, in order to ensure that full potential benefits are realised.

He said it was a major achievement that Jamaica has passed all the quarterly performance reviews dictated by the Interna-tional Monetary Fund, and pending legislative changes would go a far way in ensuring continued growth. He said promulgation of the Omnibus Tax Incentives Bill passed in the Lower House last week, as well as a yet-to-be tabled Charities Bill would be major plants in the ongoing drive for economic growth.