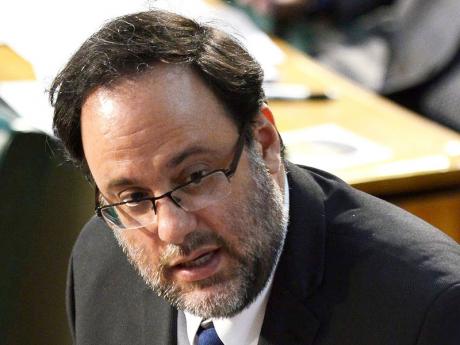 A CONTROVERSIAL proposal to criminalise the production of songs that incite violence against homosexuals, police, informants and other groups, yesterday led to a split among members of a parliamentary committee examining proposed anti-gang legislation.

At least three members of the joint select committee deliberating on the Criminal Justice (Suppression of Criminal Organisations) Act 2013, or the anti-gang law, yesterday insisted that clause 15 of the bill should be deleted.

Committee member and Justice Minister Senator Mark Golding had proposed that clause 15 of the legislation should be amended.

"It stands to reason for me that if the thing that people rail up to in a dance or listen to on buses is a steady diet of messages about killing informants and violence against the police or violence generally, it does have an impact on people's behaviour, people's consciousness and so on," Golding contended.

The clause in its original form sought to criminalise the production of material to promote or facilitate the criminal activity of a criminal organisation.

However, Golding argued that the clause was really focusing on the use of songs to promote violence against informants and the security forces.

In this regard, Golding wants this provision in the proposed law to be adjusted, making it illegal to produce songs that promote the killing of law enforcers, informants and other groups.

However, committee member Olivia 'Babsy' Grange was not satisfied that the proposed amended clause limited mention to the police and informants.

Golding intervened: "Your point has been accepted. We are not going to limit it to the police, it is against any group."

He made it clear that a lesser penalty would be suggested than the previous draconian fines that were contained in the bill.

Committee member Alexander Williams said the committee should rely on the law of Criminal Incitement.

"You can incite by songs criminal conduct. That in itself is an offence," he pointed out. He concluded that it would be difficult to police section 15 of the statute. Williams also supported the removal of the clause.

Damion Crawford, junior minister for tourism and entertainment, said he wanted the record to reflect his objection to the amended clause.

Crawford, who has consistently rubbished claims that violent lyrics could incite violence, questioned what the committee would do about violent movies.

"We leave that to the Broadcasting Commission," Bunting replied.

Last night, Dr Donna Hope-Marquis, popular dancehall author and lecturer, told The Gleaner she agreed with committee members who said the controversial clause should be scrapped and focus placed on the rising gang culture.

The committee decided to submit two proposals in relation to clause 15 of the bill. Bunting sided with Golding on his proposal to amend the bill while Grange, Williams, and Crawford said the clause should be deleted.